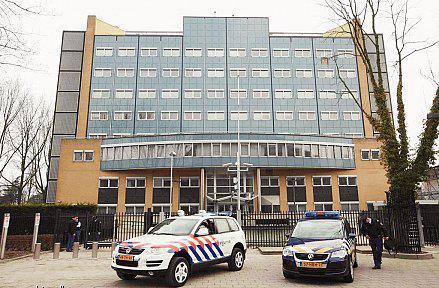 The Special Tribunal for Lebanon (STL) on Wednesday said that it “regrets to announce that it is facing an unprecedented financial crisis,” warning that without “immediate funding,” it will not be able to operate beyond July 2021.

This will “impact its ability to fulfill its current mandate and conclude the judicial proceedings in the two cases currently before the Tribunal, the Ayyash et al. case (STL-11-01) and the Ayyash case (STL-18-10),” the court added in a statement, referring to the case of the Rafik Hariri murder and the case of the attacks on Elias Murr, Marwan Hamadeh and Georges Hawi.

In filings submitted to the STL Judges, Registrar David Tolbert provided notice on the Tribunal’s financial situation so that the STL President, Pre Trial Judge, Appeals Chamber and Trial Chamber II may take any steps they deem necessary in relation to the conduct of matters of which they are seized. In order to meet his obligations to administer and service the STL, he stated that he has no choice but to activate a process of separation of staff in all four organs of the Tribunal in accordance with the Staff Regulations and Rules, and to initiate draw down activities related to the protection of witnesses and securing the Tribunal’s records, evidence and sensitive material.

The STL Principals also formally notified the United Nations (U.N.) Secretary General Antonio Gutteres of the financial situation, which will result in the Tribunal’s inability to complete its work if no contributions are forthcoming prior to the end of July.

The STL heavily relies on voluntary contributions from donor countries for 51 % of its budget, while Lebanon is responsible for 49%.

“Given the challenging circumstances generated by the global COVID-19 pandemic and the concerning situation in Lebanon, the STL had already drastically reduced its budget by approximately 37% for 2021 in comparison to previous years,” the STL said.

In March 2021, the U.N. granted a subvention of $15.5 million covering 75% of the Lebanese contribution towards the STL’s budget to support the continuation of the STL’s judicial work. “While the STL is grateful for the U.N.’s significant support, other indicated contributions remain outstanding and the STL falls short of funds to carry out its judicial functions,” it said.

“The STL is highly distressed by the impact of this situation on the victims of the attacks within its jurisdiction, who placed their hope and trust in international criminal justice. For Lebanon, the international community and victims of terror, the STL’s proceedings establish important facts, recognize the harm suffered by the victims and Lebanese society, and send a strong message globally that terrorism will not go unpunished,” the court added.

”Despite taking significant cuts of staff and across the board reductions, without additional funding, the Tribunal will be forced to close its doors in the coming months, leaving important cases unfinished to the detriment of victims, the fight against impunity and the rule of law,” stated Registrar David Tolbert.

”The STL will continue its efforts to raise the funds required to carry on its important work and urgently calls upon the international community for its continued support,” the Tribunal added.

Lebanon is in the grip of a severe economic crisis, with the World Bank saying Tuesday that it was likely to rank among the world’s worst financial crises since the mid-19th century.

The 57-year-old remains on the run, with Hizbullah chief Sayyed Hassan Nasrallah refusing to hand him over or to recognize the court’s authority.

The court said in April that Ayyash cannot appeal his life sentence unless he hands himself in.

Prosecutors have appealed against the acquittal of three other suspects, also in absentia.

Hariri, who had stepped down as Lebanon’s prime minister in October 2004, was killed in the February 2005 suicide blast targeting his armored convoy. The attack killed 22 people and injured 226 others.

The STL is due in June to open a separate case against Ayyash over the attacks that targeted Murr, Hamadeh and Hawi.