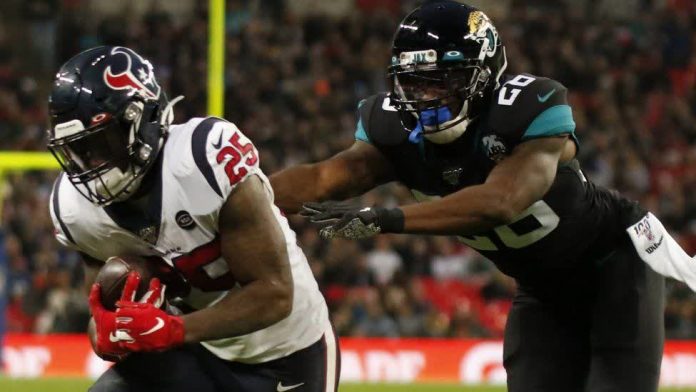 The NFL has said it will stop settling concussion lawsuits using a race-based formula that assumes black players have lower cognitive function than whites.

America’s top-flight football league also pledged to review previous brain injury claims that have been settled via the practice known as race-norming.

More than 2,000 former NFL players have lodged dementia claims, but fewer than 600 have received compensation.

Lawyers say more than half of NFL retirees are black.

Attorneys have requested details on how NFL brain injury payouts have been apportioned along racial lines, but are yet to receive any details.

The judge overseeing the sprawling settlement deal has tossed out the civil lawsuit, but took the unusual step of calling for a full report on the racial bias allegations.

In its use of race-norming, the league compares a given player’s cognitive test scores with the supposed norm for his demographic group. Under the methodology, black players are assumed to possess a lower level of cognitive function than the average white player.

But attorneys say the standard means that in order to qualify for compensation the average black player must demonstrate a greater level of cognitive decline than a white counterpart.

Ken Jenkins, a retired black player who has been heavily involved in the litigation, told the Hill: “This is classic systemic racism. Just because I’m Black, I wasn’t born with fewer brain cells.”

The NFL has defended the practice in the past, saying its standards “relied on widely accepted and long-established cognitive tests and scoring methodologies”.

The formula was first established in the 1990s in recognition of how socioeconomic factors affect a person’s health and was soon used to make dementia payouts.

But critics say the small sample of black people in San Diego, California, that were used for the initial study, by psychiatrist Robert Heaton, did not fully represent black people in the US then or today.

The league has said the racial norming standard was not mandatory and doctors participating in the compensation programme had the freedom to choose whether or not to apply it.

Several clinicians, however, have disagreed, saying the programme manual did not indicate any such flexibility.

The NFL has also previously appealed some injury claims from black players whose cognitive scores were not adjusted for race.

Christopher Seeger, the lead lawyer representing former NFL players in settlement negotiations, has apologised for past comments that he had “not seen any evidence of racial bias” in the programme.

Saying he had taken a closer look, he lamented his “poor choice of words” and lack of “a full appreciation of the scope of the problem”.

The allegations of racial discrimination come amid a social justice campaign from the sport’s leaders.

It also inscribed the end zones in its arenas with slogans like “End Racism” and “It Takes All Of Us”, and allowed players to wear slogans on football gear and to stand in “moments of unity” before their games.

The NFL has received years of criticism since former San Francisco 49ers player Colin Kaepernick remained unsigned after taking a knee during pre-game renditions of the national anthem in 2016, in a protest against racism.