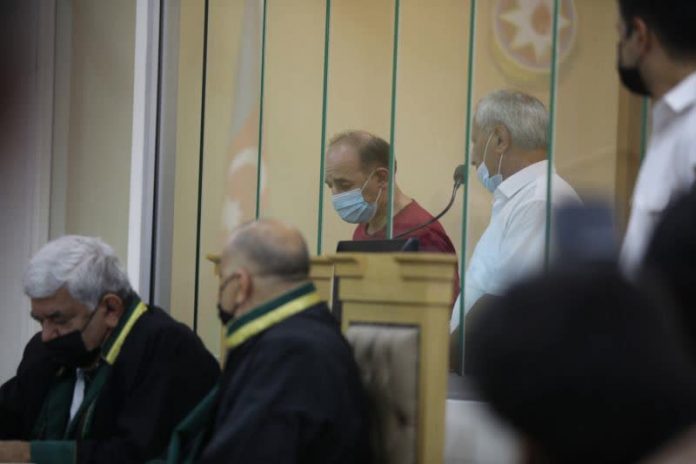 The views and opinions expressed in the article do not  reflect those of yerepouni-news.com

Baku/02.06.21/Turan: On June 2, the trial of the two Armenian soldiers, Ludvig Mkrtchyan and Alyosha Khosrovyan, began in the Yasamal court The trial is chaired by judge Elbey Allahverdiyev.

The defendants are accused of torture and inhumane treatment of Azerbaijani prisoners of war during the First Karabakh War of the 1990s.

Thus, Ludvig Mkrtchyan (b.1969) was a member of the armed formations that arrived from Armenia in Nagorno-Karabakh. In July 1991, he participated in interrogations of 13 Azerbaijani prisoners in the Ballydzha forest base near the city of Khojaly and in September 1999 in Yerevan where Azerbaijani hostages from the village of Tapgaragoyunlu, Terter region of Azerbaijan, were interrogated.

The investigation found that Ludvig Mkrtchyan took part in the capture of 11 Azerbaijanis in various parts of Nagorno-Karabakh, tortured them in Shusha and Yerevan, and finally shot down a captured soldier with a machine gun.

Mkrtchyan was captured on October 20, 2020, near the village of Melikjanli, Fizuli district.

The second defendant , a citizen of Armenia, b.1967, R. Khosrovyan Alyosha, is also accused of similar crimes. The investigation established that he tortured five Azerbaijani prisoners in 1994, near the village of Msmna (Agbulag), former Martuni district.

Besides, Khosrovyan showed special cruelty to the captured Azerbaijani military in 1993-94 in a prison of the city of Shusha.

He was detained on October 3, 2020 by the Azerbaijani military while carrying out intelligence operations on the territory of Azerbaijan.

Mkrtchyan and Khosrovyan are charged under Articles 113 (torture), 115.2 (violation of the laws of war), 279.1 (participation in illegal armed groups), 318.2 (illegal crossing of the Azerbaijani border) of the Criminal Code of Azerbaijan, other Articles.-16D-