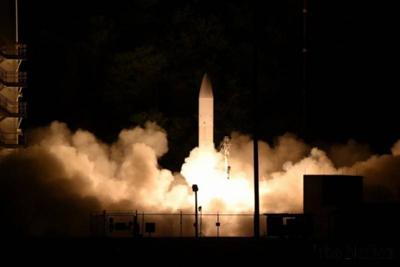 MOSCOW (Sputnik) – The United States is planning to accelerate its deployment of hypersonic weapons, Under Secretary of Defence for Research and Engineering Mike White said, citing a recently announced defence budget proposal for next year.

In 2020, the Congressional Research Service announced that the US Armed Forces were working in three areas related to hypersonic weapons: conventional prompt strike, long-range hypersonic weapons, and an air-launched rapid response weapon.

“Very recently, Friday, the budget dropped for ’22 and the budget dropped for ’22 is a very important statement from the department about the importance of hypersonics and the department’s decision to fund our accelerated fielding strategy, when they are both on the offensive side, and move forward to accelerate our defensive posture as well, so we’ve got strong commitment in the new administration for our strategy and moving forward to really rapidly mature and deliver hypersonic-based capabilities”, White said during a discussion hosted by the Centre for Strategic and International Studies.

Hypersonic weapons travel between five and 27 times the speed of sound, giving military commanders a wider array of options and capabilities, while putting the targeted side at a disadvantage because of the shrinking response time and the great difficulty in intercepting such missiles.

The US has made the development of hypersonic missiles a priority after Russia and China developed this type of weapon.