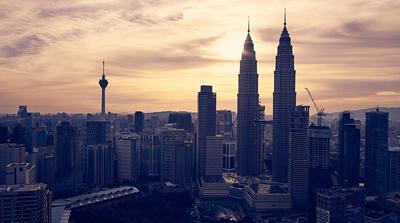 There is a growing groundswell of talk in Kuala Lumpur business, civil service and political circles over the need for a national unity government. This is in the face of widespread dissatisfaction with the so-called “backdoor” government of Prime Minister Muhyiddin Yassin, which took power on a royal decision last year without proving a majority within the Dewan Rakyat or lower house of parliament, or ever facing a national election.

The Perikatan Nasional government has been teetering on the edge of collapse almost since it came into power in February 2020. The government is kept alive only by the declaration of a Covid-19 emergency by the king, Sultan Abdullah Sultan Ahmad Shah, and the suspension of parliament while Muhyiddin tries to pad his speculated one-vote majority by luring opposition “frogs” willing to change their allegiance and hop to his side.

The premier hasn’t been helped by what is widely perceived as mismanagement of the pandemic, whose numbers have soared by 15 percent over the past seven days to 587,193 cases and 2,193 deaths.  The government is also under heavy criticism in the procurement and rollout of vaccines. Earlier this year, officials warned that the health care system is at the breaking point.

Although there is wide public support for the current lockdown, which was just intensified earlier this week as the virus has eluded control, there is considerable discontent and anger in many quarters over Muhyiddin’s legitimacy as prime minister. A May 31 collision between two light rail trains which took the lives of six people and injured more than 200, and the subsequent sacking of transit czar Tajuddin Abdul Rahman for what were perceived as uncaring actions, epitomize what’s wrong with the crony-heavy government.

The constant political manoeuvring within the United Malays National Organization, Parti Islam se-Malaysia and Muhyiddin’s own Parti Pribumi Bersatu Malaysia over who supports whom or doesn’t, has become a major distraction from a nation that is now in distress from many directions.  Fitch Solutions in January downgraded its economic forecast from 11.5 percent GDP growth to 10 percent from a low base and a variety of international organizations have been sounding alarms. Fitch downgraded Malaysia’s credit rating from A- to BBB+ in December 2019, making government borrowings more expensive.

With strong talk about the coming Sarawak state election, where the state assembly must be dissolved by 6th June, the question remains who should govern the state until elections are held. The current proposal is for the sitting GPS government to just continue to govern without parliament, not as a caretaker government, but as a fully operational executive without restrictions placed upon what decisions can be made. Sarawak would effectively have a government in power, with a mandate that has expired.

There is general public sentiment that solutions are quickly required to provide safety and security for the nation. An incursion on 1st June by 16 Peoples’ Liberation Air Force fighter aircraft in a large-scale exercise into Sarawak airspace highlighted that the government must be on full alert to external threats. The nation’s borders are also porous to human trafficking and smuggling.

The idea for a national unity government gained steam last month when activists and regular political commentators Lim Teck Ghee and Mohd Tajuddin Mohd Rasdi, issued an open letter calling for such a governement and laying out a plan to achieve the aim. In the letter, Lim and Tajuddin made all the arguments about why it’s so important to have a national unity government at this time and laid out a plan of how it could be formed. Their manifesto calls for the 222 members of the Dewan Rakyat, or lower house of parliament to select a prime minister through a number of rounds of voting, and for the elected prime minister to select a cabinet from members of all the major political parties, currently sitting in the parliament.

This is not entirely without precedent. After an emergency decree, following the May 1969 race riots back that took hundreds of lives, successive governments under the Barisan Nasional had       characteristics of a national unity government.

After Mahathir Mohamed resigned in February 2020 and stayed on briefly as caretaker until Muhyiddin was sworn in, he called for a national unity government. It was dismissed by most as a political ploy for Mahathir to maintain his position as prime minister. However, in the months following a growing number of commentators went back to the concept.

The word in Kuala Lumpur political circles, despite cynicism, is that there is also strong positive support from “powerful personalities” within the major political parties.

Any national unity government would need to include members from the majority of 13-odd parties of varying strength and numbers. And while the numbers might appear daunting, Muhyiddin has already put in place a huge multiparty cabinet as he seeks to reward loyal backbenchers and lure others aboard.

Such a coalition,  should be able to end political infighting until the next election, due in 2023, as the parliament could run the full term without the need to call an election. However, countering this argument is the possibility the elite Malay group who have long dominated Malaysian politics, would hijack the government for their own self-serving ends.

To complicate things more, there are the terminally ambitious political rivals Anwar Ibrahim and Mahathir Mohamad. Both are potential spoilers. The UMNO “court cluster” leadership — named for the fact that most of the leadership is on trial for financial mis-dealings – would certainly have strong vested interests in how the numbers play out. They still carry great influence within UMNO, the largest single party within parliament.

Pulling off any chance probably would depend on the Yang di-Pertuan Agong – the king, Al-Sultan Abdullah. He would need the council of rulers steadfast behind him. It’s a remote possibility that he would because of the need to overcome constitutional strictures. However, if the king did act, he would almost certainly win the support and respect from the Rakyat – the people — a powerful lever in Malaysian politics at this time.

There have been no polls about whether the public would support a national unity government. Infighting, self-interest, immaturity, and rivalry between the country’s current politicians appear to make the chances slim that any potential national unity government could be negotiated.  However, pressure from a weary public desperate for relief from the county’s unceasing petty political wars could increase the chances.

A version of this article was published in the Asia Sentinel 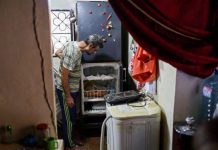