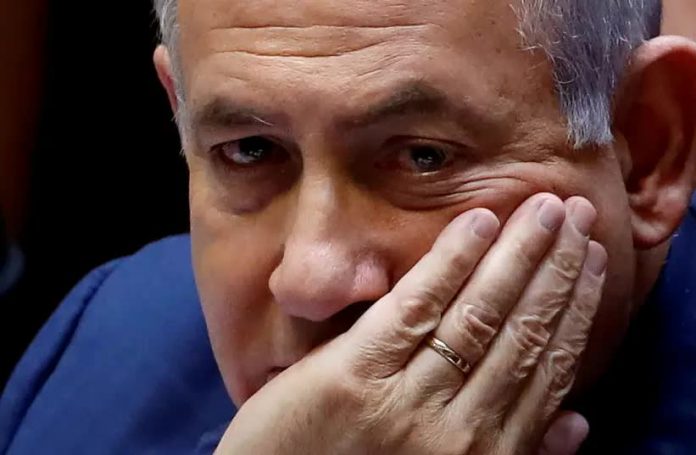 “It hasn’t even been 24 hours, and Lapid and Bennett are leaning on Ra’am!” stated the Likud on Thursday, following Netanyahu’s tweet.

Israeli Prime Minister Benjamin Netanyahu sits at the plenum at the Knesset, Israel’s parliament, in Jerusalem May 30, 2019.

Israeli Prime Minister Benjamin Netanyahu on Thursday fought back against an agreement by his political opponents for a government of left-wing, centrist and right-wing parties aimed at unseating him.

Netanyahu, facing the prospect of an end to his 12-year run as premier, said on Twitter “all legislators elected by votes from the right must oppose this dangerous left-wing government.”

It was the first public pushback by Netanyahu, who heads the right-wing Likud party, against centrist politician Yair Lapid’s announcement about 35 minutes before a Wednesday night deadline that he had succeeded in forming a governing coalition.

“It hasn’t even been 24 hours, and Lapid and Bennett are leaning on the Joint List!” stated the Likud on Thursday, following Netanyahu’s tweet.

“The Joint List is rushing to take advantage of the opportunity to get rid of a right-wing prime minister by filling in the missing signatures.

“This is iron-clad proof of complete cooperation between the Joint List and the left-wing government of Bennett and Lapid.”

Likud concluded by calling on the remaining party members of Yamina and New Hope Party to follow through on their promise not to rely on support from the Joint List.