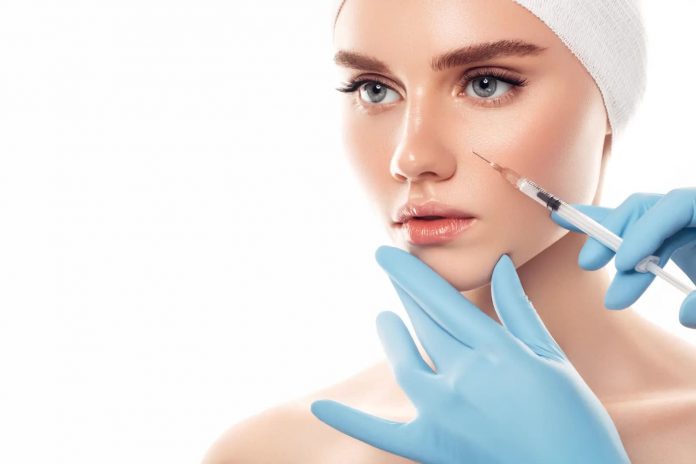 Anti-ageing injections in your 20s and 30s is on the rise. But can we really call it ‘preventative Botox’?Credit:iStock

Injecting Botox into your face was, in earlier days, reserved only for the mega-wealthy or famous. It was also something nobody spoke about. Today, such an act has become commonplace whether you live in the inner city or an outer western suburb – the only difference being the “frozen look” is out – and so is the secrecy.

“The majority of my younger clients are looking for a natural look,” says Natalie Abouchar, a nurse practitioner and the director of Privee Clinic in Sydney’s eastern suburbs. “They want to look fresh, but not obvious, and they want to start with a lower dose.”

The Millennial clientele is skincare-literate: they know their vitamin A from their vitamin C, are religious with daily SPF, and have spent hundreds of dollars on other non-surgical facial treatments. “Baby Botox”, or preventative Botox – which works to temporarily paralyse the facial muscles that cause wrinkles to form – is the obvious next step.

It’s a phenomenon Dr Shyamalar Gunatheesan, founding dermatologist at ODE Transformative Dermatology opening next month, has seen in the last three to five years. “In the same way people are becoming more knowledgeable about the importance of active ingredients in skincare, preventative Botox is an extension of this.”

“I call it a ‘sprinkling of Botox’ or ‘Botox kisses’,” says Lisa Sullivan-Smith, co-director at The Clinic in Bondi Junction, of the small dose injections she administers to soften wrinkles in the frontalis (horizontal lines in the forehead), around the eyes (crow’s feet) and glabella region (the two vertical, parallel wrinkles that crop up between the eyebrows).

Sullivan-Smith, a former nurse, says when she first began offering anti-ageing injections more than 20 years ago the standard age of first-time Botox users was 33. It wasn’t until about six years ago, she explains, that it dropped to 28. “I wouldn’t treat anybody younger than that,” she says.

Abouchar, who uses the lesser known brand Dysport over Botox at her practice, prefers to assess each patient’s skin before ruling out treatment: “It really depends on how much sun they have seen but in general, I don’t recommend starting too young.”

“The reason we get deep frown lines and wrinkles is mainly due to repetitive muscle contractions,” says Abouchar.

By reducing those muscle contractions, she explains, the skin isn’t creasing as much and therefore those deeper wrinkles become less severe.

Although Gunatheesan says there is a place for anti-ageing injections – by a trained professional such as a doctor or dermatologist – should someone wish to soften etched lines and wrinkles, she has concerns over young people using them as the only measure to prevent wrinkles. “There are so many other great devices and treatments you can have in your anti-ageing toolkit that actually work to build and strengthen the muscles in your face, which we know helps to improve the luminosity and plumpness of skin.”

She points to tools like the NuFace, laser treatments and light therapy that are shown to assist with collagen production.

“I genuinely worry about the effects of long-term Botox use, because the more you let your muscles atrophy, the weaker they get and we just don’t know what effects this has over a long period.”

Gunatheesan says proponents of Botox will tell you that if you start young, you’ll therefore need less Botox over time. But she argues that you need less because you’re actually not using the muscles. “The skin then looks loose, thin and translucent the more and more you do Botox over many years.”

Colette Azar, a 38-year-old PR and brand consultant on the Central Coast, began getting anti-ageing injections aged 33 after regularly getting skin peels throughout her 20s.

“I had always been quite wary of Botox,” she says, adding that through her profession she has always had access to the latest beauty products and takes pride in looking after her skin.

“I was very cautious of the ‘frozen face’ and really only wanted a subtle change,” she says. “And I still don’t get my whole face [injected]… I think it’s really important that you leave the laugh lines.”

Azar says she spends anywhere between $300-$500 every four or so months “mostly in the forehead and frown lines.”

Both Abouchar and Sullivan-Smith agree that one of the biggest mistakes people make is believing that all injectors are equal.

“Botox really is a mathematical formula,” says Sullivan-Smith. “If you put too much Botox in the forehead, you can drop the eyebrows” – which is the opposite to the refreshed and ‘lifted’ look most want to achieve – “so it’s a really fine line.”

“I genuinely worry about the effects of long-term Botox use, because the more you let your muscles atrophy, the weaker they get and we just don’t know what effects this has over a long period.”

“Using a reduced dose means that we maintain a little bit of movement, rather than freezing the muscles completely,” says Abouchar, adding that she would generally start with a half dose of Dysport (25 units, which is equivalent to 10 units of Botox) depending on the individual’s needs.

The dose amount will change from patient to patient based on how strong their facial muscles are and how fast they metabolise the Dysport or Botox. People who exercise intensely, for example, will metabolise it faster.

“A lot of injectors have had minimal training and take a paint by numbers kind of approach,” Abouchar adds.

It’s a familiar nightmare Sindhi Kahler, 48, would rather forget.

“The first time I had Botox, I was so upset with the result,” she says, describing the result as scary, extreme and “like an alien”.

“It really made me do my research on my injector, and eventually I found Natalie [Aboucher],” says Kahler, who works in the retail fashion industry as an account manager.

“She’s gentle and she really looks at your skin and how your muscles move,” she says.

Kahler, from Sydney’s eastern suburbs, gets “baby Botox” – roughly between 20 and 30 units of Dysport between the eyebrows, forehead and a “little bit” around the eyes – every two-and-half months.

She says acquaintances are often surprised to learn her appearance isn’t solely down to good genes.

“They say ‘Oh, you must really look after your skin’,” she says with a laugh, adding that she’s nearly 50. “I call it a little tweak … I want the wrinkles to go, but I still want to look like me in photos.”