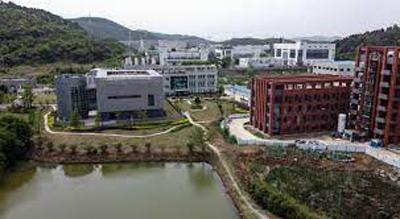 Republican lawmakers have called for Anthony Fauci to be fired for having “blood on his hands”, and demanded that he testify before congressional committees and provide information related to the origins of COVID-19 amid a trove of emails, released by BuzzFeed, dating back to the beginning of the coronavirus pandemic.

As a flurry of media reports of late have revived speculations regarding the “lab leak” theory, which suggests that COVID-19 was an engineered pathogen, the former head of the Food and Drug Administration, Scott Gottlieb, has claimed that Dr. Anthony Fauci had not entirely dismissed the notion last year.

The chief medical adviser to the US president had briefed world leaders in 2020 on the possibility that the novel coronavirus leaked from a lab in Wuhan, China, said Gottlieb, when appearing on CBS’s Face the Nation on Sunday.

Former FDA commissioner Scott Gottlieb says he was informed by a senior Trump administration official in spring that Dr. Fauci briefed world health leaders in Europe “that this could have been a potential lab leak…so those discussions were going on.” pic.twitter.com/2OlTg8bMof

The ex-FDA chief, who served under then-President Donald Trump, had cited a former senior member of the Trump administration as testifying to Fauci’s statements at the time.

Gottlieb, added that the same source had recently reconfirmed Fauci’s words dated to 2020. The former FDA commissioner’s book ‘Uncontrolled Spread: Why COVID-19 Crushed US and How We Can Defeat the Next Pandemic’ is set to come out in September.

Last spring, when Dr. Fauci had attended a meeting of world health leaders in Europe around the World Health Assembly, he briefed them that the coronavirus outbreak could have been the result of a lab leak, and admitted that the strain looked unusual, Gottlieb revealed.

Further on in the conversation on the CBS show, the former FDA chief underscored that when US scientists looked at the strain, they had suspicions.

“And it takes time to do that analysis, and that dispelled some of those suspicions,” he added.

Gottlieb believed that it was a mistake to look at the virus from only a scientific perspective, adding that it needed to be examined from a national security standpoint.

According to Gottlieb, the “tools of national security weren’t deeply engaged at the outset.”

“I think going forward now, looking at these kinds of risks, we need to judge them through the lens of a national security mindset,” he concluded.

Former Food and Drug Administration (FDA) Commissioner Scott Gottlieb, in a previous appearance on the same show, slammed China, which he said, was able to provide “exculpatory” evidence proving that COVID did not leak from a lab, but has so far refused to do so.

He also cited evidence supposedly in favour of the theory after reports claimed three scientists who worked at the The Wuhan Institute of Virology were hospitalised in November 2019.

US media reports suggesting that the employees of the Wuhan Institute fell gravely ill right ahead of the outbreak of COVID-19 have been dismissed by the Chinese Foreign Ministry as “smear campaigns and blame shifting”.

Anthony Fauci, the director of the US National Institute of Allergy and Infectious Diseases (NIAID), is currently under fire over accusations that he was not forthcoming about the idea that COVID-19 might have originated from a lab leak in his discussions within the administration and in the other work he was carrying out.

Republican lawmakers have been demanding that Fauci be fired. On Saturday, Republican House Representative Matt Gaetz claimed in an interview that Dr Fauci “has blood on his hands”.
Earlier, two top House Republicans said it was “imperative” for Fauci to testify before congressional committees and provide information related to the origins of COVID-19.

The barrage of criticism aimed at Fauci has also been fuelled by the recent release by BuzzFeed of 3,200 pages of the chief medical adviser’s emails dating back to the beginning of the coronavirus pandemic.

In one of the alleged emails, Peter Daszak, head of the EcoHealth Alliance, a non-profit organisation with ties to the Wuhan Institute of Virology, reportedly thanked Fauci for “downplaying the possibility” that COVID-19 had escaped from a lab in Wuhan.

Fauci, however, dismissed the recent allegations targeting him and his National Institute of Allergy and Infectious Diseases.

“Are you really saying that we are implicated because we gave a multi-billion dollar institution $120,000 a year for bat surveillance?” he said, according to the Financial Times, in a reference to the grant that, via EcoHealth Alliance, ended up at the lab in China which has been conducting tests on bat coronaviruses for decades.

Many who support the “lab leak” theory have been insisting that the mere fact the city that houses the lab became ground zero for the outbreak is too great a coincidence.

The idea the COVID-19 virus escaped from a Wuhan lab in China – something that was regarded as somewhat of a “fringe theory” until recently, is now the subject of an official review, after US President Joe Biden ordered the intelligence community to redouble efforts to investigate the origins of the coronavirus and to report their findings to him within 90 days, “including on whether it emerged from human contact with an infected animal or from a laboratory accident”.

The US President acknowledged that a majority of the intelligence community had “coalesced” around two scenarios, but “do not believe there is sufficient information to assess one to be more likely than the other”.

In March, the World Health Organisation released the full version of its report on the origins of the coronavirus, in which the WHO called a leak of COVID-19 from a laboratory very unlikely, suggesting that the virus was most likely transmitted to humans from bats via another animal.