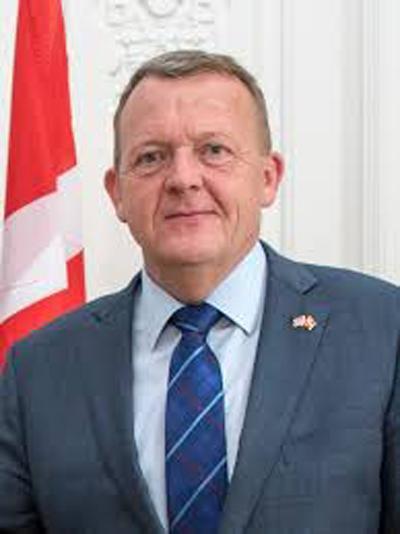 The newcomer to Danish politics is expected to be placed at the centre-right of the political spectrum, embracing the free market and classical liberalism.

The party was formally presented during a festive gathering in Herlev by Løkke Rasmussen’s network, called the Political Meeting Place.

Løkke Rasmussen described the Moderates as a party that is “not in opposition to others, but in relation to others”, one that “builds bridges”, that “fights for something and not against the others” and one that “doesn’t close in on itself”.

After being a member of the liberal-conservative Venstre Party for more than 40 years, the former chairman and prime minister left the party on 1 January this year.

On Facebook, he explained his exit by citing fundamental disagreements regarding the political line under his successor, Jakob Ellemann-Jensen, where his thoughts on a collaboration with, among others, the Social Liberals had been shot down.

So far, Lars Løkke Rasmussen has described has described his new party as a meeting place between pragmatism and idealism, “recognising the fact that in a prosperous world, stagnation equals decline”.

A little more concretely, it is intended as a meeting place for Danes who strive after politics more in line with Venstre’s former values.

Despite the fact that the party has been officially given a name, it will take some time before its candidates and party programme are announced. The party will not run in the local elections in November and is instead gearing up for the upcoming general election. By Løkke Rasmussen’s own admission, the reasons behind the early presentation are bureaucratic, as the party name had to be approved in time by the election committee, which meets four times per year.

Løkke Rasmussen, an MP since 1994, has changed several ministerial portfolios before becoming Venstre chairman and serving two stints as Denmark’s prime minister (2009-11 and 2015-2019).

Venstre is one of Denmark’s oldest parties, having had a presence for over 150 years. While starting out as a part of the peasants’ movement against the country’s aristocracy, today’s Venstre is staunchly pro-free market and has been described as “classical liberal”. It has produced several notable figures, including former Prime Minister and NATO Secretary General Anders Fogh Rasmussen, who explained its ideological stance in the book “From Social State to Minimal State”, which advocated lower taxes and less government interference in corporate and individual matters.