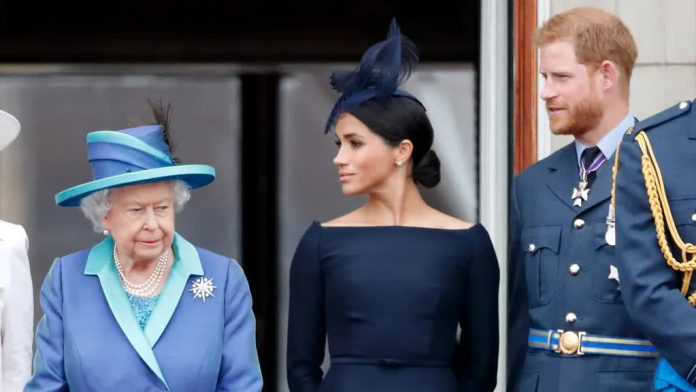 After spending two days with their new bundle of joy, the royal pair shared the news of Meghan’s delivery in a statement they provided to their Archewell charity on Sunday, June 6.

“On June 4, we were blessed with the arrival of our daughter, Lili. She is more than we could have ever imagined, and we remain grateful for the love and prayers we’ve felt from across the globe,” the message from the Duke and Duchess of Sussex reads. “Thank you for your continued kindness and support during this very special time for our family.”

Lili was born at 11:40 a.m. on Friday at the Santa Barbara Cottage Hospital, according to the Archewell website. She weighed 7 pounds and 11 ounces at birth and is said be “healthy” and “settling in at home” along with her mother.

Her first name was reportedly chosen to honor great-grandmother Queen Elizabeth II, 95, who goes by the same as a nickname.

The name Lilibet is the Hebrew version of the name Elizabeth, and it means “God’s promise,” according to The Bump’s name dictionary.

Meanwhile, Lili’s middle name Diana is meant to honor Harry’s late mother Princess Diana, who passed away in 1997. The name Diana has Latin roots that date back to ancient Rome and means “divine,” according to The Bump.

Lili is the second great-grandchild to be named after the queen and princess. Her elder cousin, Princess Charlotte Elizabeth Diana, 6, was born on May 2, 2015.

The Royal Family shared their well wishes for Harry and Meghan in a statement that was shared to Instagram and Twitter.

The couple’s firstborn, Archie Harrison Mountbatten-Windsor, was born on May 6, 2019 and is now 2 years old.

“The Duke and Duchess thank you for your warm wishes and prayers as they enjoy this special time as a family,” Archewell’s news release concludes. “While the Duke and Duchess are on parental leave, Archewell will continue to do important work and publish stories on the site.”