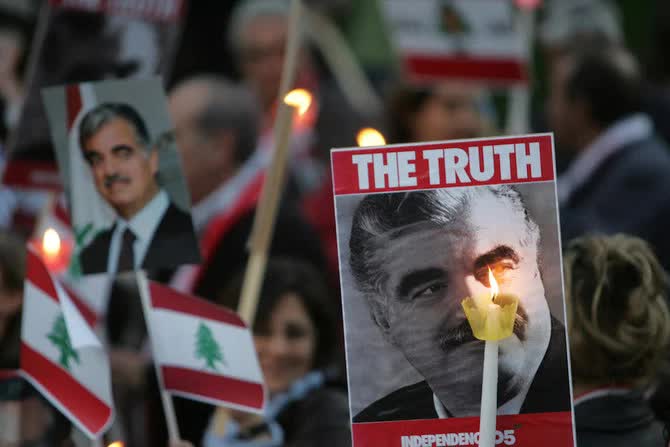 NEW YORK CITY / BEIRUT: With the Special Tribunal for Lebanon (STL) facing a severe financial crisis and the threat of imminent shutdown, it is imperative to highlight the significance of its recent judgment and the critical importance of permitting the tribunal to complete its mandate.

Shutting down the STL now, on the eve of its second major trial, would send a wrong and dangerous message with implications for international criminal justice as a whole and especially for Lebanon.

Amid the continuing assassinations in Lebanon and the region, the STL is a unique demonstration of how a rules-based international order can act through multilateral initiatives as a force for justice.

Such an institution would be difficult to create today, with tit-for-tat vetoes paralyzing decisions at the UN Security Council. Shutting the STL down, therefore, would be an irreversible decision, and the resulting damage would be unthinkable.

A new generation in Lebanon, Syria, Iraq, Palestine and around the region is calling for justice and accountability from its leadership and the international community. Backing the tribunal and the completion of its mandate supports these aspirations for a better future.

The STL is needed more than ever and we should be discussing its expansion rather than its closure. It is the first tribunal of its kind to consider terrorism as an international crime. Trillions have been spent to battle terrorism; the international community cannot balk at a few million for the only instrument it has to fight terror legally.

The STL issued its judgment on Aug. 18, 2020, more than 15 years after former prime minister Rafik Hariri’s assassination and just two weeks after the deadly Aug. 4 port blast. The judgment convicted Salim Ayyash, but stopped short of blaming Hezbollah or the Syrian government.

While the verdict was found lacking and largely ignored in Lebanon, there have been continuous calls for international support to achieve justice and accountability for the many unaddressed crimes committed in the country, including the port explosion.

The STL judgment takes Lebanon down the path of accountability, and needs to be properly interpreted and seen in the context of the tribunal’s creation by the UN Security Council. A clear understanding of the process of international criminal justice, its limits as well as the specific restrictions placed on the STL, are essential in evaluating the importance of the judgment.

Disappointment with the verdict is based on a combination of unrealistic expectations, a lack of understanding of its rigorous procedures, as well as legitimate concerns about the narrowness of its mandate and the length of time it took to reach the judgment.

There is also confusion between the three separate objectives of truth, justice and accountability. The STL can only partially achieve these within the constraints of its mandate, rules and the rigour of its procedures. But that does not diminish the significance of its findings and the power of its verdict.

Fifteen years after the Hariri assassination, justice delayed was viewed as justice denied; truth was partial as only one individual was convicted; and accountability as well as justice without his arrest is unachievable.

These criticisms of the outcome also reflect the challenges that the STL has faced from the time of its formation to the issuing of the judgment. The result was seen as a failure to measure up to the sacrifices the Lebanese made to obtain it.

The multifaceted and severe crisis that the country is going through — an upheaval dramatically exacerbated by the Beirut blast — has also overshadowed the significance of the STL judgment, but ignoring the verdict will have serious negative repercussions and it is imperative to grasp the opportunity it provides.

The creation of the STL was achieved against all odds. There was domestic, regional and international opposition to the tribunal from the start.

In view of the scale of suffering during the Lebanese civil war for which no one has ever been held accountable and the dozens of political assassinations throughout the country’s history, it was indeed difficult to argue that the assassination of one man warranted such an expensive and complex legal instrument.

Among the challenges were also those of defining terrorism under international law and justifying trials in absentia with the knowledge that there was little chance of arresting the perpetrators even if convicted. There was also grave concern that the STL would create far more instability and with fewer tangible results than other similar tribunals.

With hindsight and given the current climate in international relations, the STL was an immense achievement and a sophisticated contribution to the field of international criminal justice.

Lebanese protesters demanded “the truth” in 2005 after the Hariri assassination. In simpler and less controversial terms, they wanted to know who did it.

The STL provided the answer — the terrorist attack that killed 22 people, badly injured more than 200 and devastated a significant part of Beirut was carried out by a well-organized and disciplined group of individuals. The next case will also examine the connections between this and other assassinations.

The judgment, which is publicly available on the tribunal’s website, consists of 2,641 pages of important and judicially tested facts about Lebanon’s recent past. This is much more than any historian, investigative journalist or political analyst usually has at their disposal to form an opinion.

Like the findings of the Yugoslav tribunal, the STL judgment is incredibly important for Lebanon because it is a treasure trove of information about what happened not only on Feb. 14, 2005, but also in the months and years during the period referred to as Pax Syriana.

The tribunal’s rigorous process also means that every fact mentioned in the report is undeniable and established “beyond reasonable doubt.”

This makes the report far more important politically than the judgment itself and, in parallel, can deliver significant political results, ultimately leading to the establishment of accountability as a principle for the first time in the region.

The truth can be hard to deal with, and every society has its own way of working with difficult memories and episodes in its history. Lebanon has a culture of “moving on,” a deeply ingrained idea that what is past is past.

But the truth obtained through a process such as the STL cannot be brushed under the carpet or denied, and dealing with it is bound to make society stronger.

What happens in Lebanon never stays in Lebanon but has repercussions around an entire region suffering from similar assassinations and terrorist crimes.