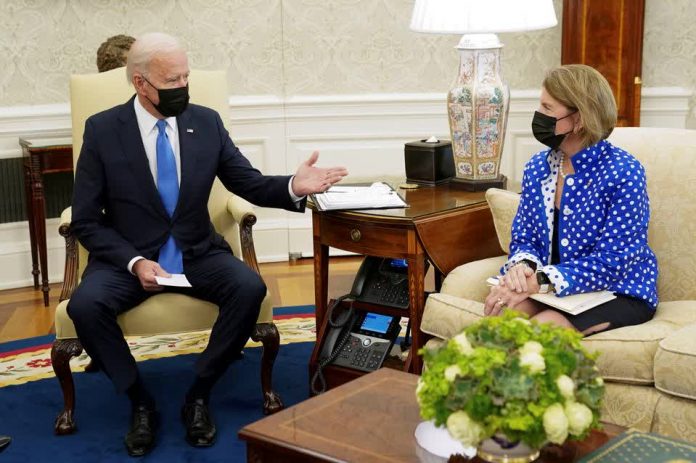 President Joe Biden on Tuesday broke off talks on an infrastructure bill with a key Republican, instead reaching out to a bipartisan group, after one-on-one talks with Senator Shelley Capito were described as hitting a “brick wall.”

“He informed Senator Capito today that the latest offer from her group did not, in his view, meet the essential needs of our country,” White House press secretary Jen Psaki said in a statement.

“He offered his gratitude … but expressed his disappointment that, while he was willing to reduce his plan by more than $1 trillion, the Republican group had increased their proposed new investments by only $150 billion,” Psaki said.

Earlier in the day, Senate Majority Leader Chuck Schumer said the talks “seem to be running into a brick wall.”

Capito had a five-minute call with the Democratic president on Tuesday, a Capito spokesperson said.

“After negotiating in good faith and making significant progress to move closer to what the president wanted, I am disappointed by his decision,” Capito said in a statement.

Schumer, the top Senate Democrat, gave new life to the possibility of some sort of a bipartisan bill being cobbled together that could ultimately be paired with a Democratic-only bill to achieve more of the administration’s $2 trillion investment goals.

Republicans have been talking about a far more modest package of less than $1 trillion, with much of the money coming from initiatives already enacted into law, such as COVID-19 relief.

A bipartisan group of senators met on Tuesday to discuss the next steps on infrastructure. Republicans including Bill Cassidy, Mitt Romney and Rob Portman, and Democrats, including key swing votes Kyrsten Sinema and Joe Manchin, were among those in attendance.

The senators emerged from the meeting encouraged about the discussions, but offered no concrete time line.

Romney said they reached fairly good agreement on specific items but were a “a little less solid” on how to pay for them. He said they could release some details in the coming weeks.

Some liberal members of Biden’s party have become worried that the talks are dragging on for too long and may result in a smaller package than the country needs. They are keenly aware of the risk that they could lose their narrow majority in either or both chambers of Congress in next year’s congressional elections, making progress on Biden’s agenda urgent now.

The two parties remain far apart on one of Biden’s major domestic policy goals, disagreeing on how much to spend, how to pay for it and even what constitutes infrastructure.

The White House has offered to whittle down its package of proposals, which include climate change, home healthcare and education initiatives, to $1.7 trillion. It also includes spending on more traditional infrastructure projects such as roads and bridges.

“I’m working hard to find common ground with Republicans when it comes to the American Jobs Plan, but I refuse to raise taxes on Americans making under $400,000 a year to pay for it,” Biden wrote on Twitter on Tuesday. “It’s long past time the wealthy and corporations pay their fair share.”

Biden also reached out to Cassidy on Tuesday to discuss infrastructure, the Republican said.

“POTUS just called to discuss infrastructure,” Cassidy wrote on Twitter. “I brought up flood resiliency and energy provisions that would benefit Louisiana as well as the rest of our nation. Strongly support @SenCapito’s efforts. Any infrastructure package should and must be bipartisan.”

Administration officials had said Biden would not let the negotiations drag on endlessly. On Wednesday, he leaves on the first foreign trip of his presidency, to attend a G7 Summit in Cornwall, England. read more 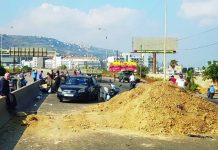