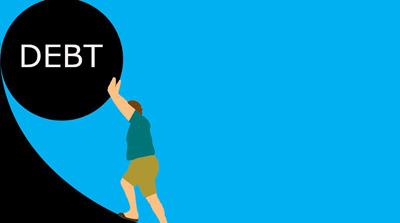 The G20 recently extended its Debt Service Suspension Initiative (DSSI) for the rest of 2021, reflecting the severity of liquidity shortages facing the world’s poorest countries due to the COVID-19 pandemic. But it is only a temporary measure.

A Common Framework for Debt Treatments beyond the DSSI endorsed by the G20 and the Paris Club in November 2020 could be a remedy to address debt sustainability problems going forward. While the Common Framework is a welcome step forward in the G20’s concerted efforts to facilitate debt treatment for DSSI-eligible countries, it still needs to address fair burden sharing challenges.

The G20’s move to temporarily ease financing constraints for vulnerable countries to help them deal with the pandemic may not be fully effective. Private sector participation is limited to voluntary debt payment forbearance. While China’s participation in a multilateral initiative like this is an important breakthrough, the scope enjoyed by official bilateral creditors leaves it — the world’s largest official creditor — room to manoeuvre with respect to claims made via the China Development Bank and China Eximbank.

These initiatives might end up creating boomerang outcomes in the next 10 years. The current initiatives appear to share a common feature with the Heavily Indebted Poor Countries (HIPC) Initiative launched in 1996 to address low-income countries’ debt overhang. Private creditors are not likely to participate or will reduce their exposure and cut their losses without new lending. While the majority of bilateral creditors will join the initiatives, China’s quasi-commercial claims may be outside of their scope.

Paradoxically, new lending even on concessional terms from multilaterals is a double-edged sword. The World Bank’s commitment of US$26.3 billion in financing for countries participating in the DSSI, of which US$17.5 billion is non-grant financing, will be adding to non-reschedulable debt burdens. Multilateral development banks (MDBs) with a de facto preferred-creditor status are not forced into debt restructuring. Unless debt sustainability is restored, growing debt stock might make deeper debt relief inevitable. The International Monetary Fund introduced the Catastrophe Containment and Relief Trust to provide grant-based debt service relief with the support of donor contributions.

All 73 DSSI-eligible countries are low- or lower middle-income countries mostly in Africa, Asia and the Pacific, and Latin America. Of 37 beneficiaries of debt reduction packages under the HIPC Initiative, 31 are in Africa. As of May 2021, only 47 eligible countries have requested participation in the DSSI.

There are three conceivable answers to this question.

First is a ‘this-time-is-not-different’ scenario. As debt owed to private creditors starts to be paid by the public sector, or is written-off, the creditor composition of debt owed by countries in distress transforms into debt with a larger share of official creditors. Their debt levels could grow even more with new lending rationalised for achieving the cover-all Sustainable Development Goals. Some scholars encourage policy-based lending or guarantees by MDBs to developing countries with debt overhang. Policy-based lending with conditionality has been controversial.

Second, emerging creditors might take a different approach, including debt-equity conversions, on a larger scale. For example, China appears increasingly inclined to engage in equity investment rather than lending. This approach might help China and debtor countries save debt services and promote new foreign direct investment.

Third, strategic competition between the United States and China might become a major stumbling block to any multilateral cooperation to address debt sustainability problems. Hope rests on the United States adopting an issue-by-issue merit-based approach at the G20, where concerted efforts are being made to facilitate debt treatment for the world’s poorest countries.

Rethinking the credit-addicted growth model could pull the global economy out of a vicious debt trap. The difficult trade-off between addressing the root cause of debt distress and pursuing all-embracing economic development goals must be dealt with. The credit-addicted growth model has produced ruinous outcomes in the past, including the Asian financial crisis in 1997–1998 and the 2007–2008 global financial crisis.

Interlinkage among various challenges — economic, social and governance — is evident in the wake of COVID-19 and the trade-offs that need to be managed. The challenges brought about by the pandemic require an efficient and effective allocation of a limited amount of resources across sectors, countries and generations.

The extension of the G20’s DSSI might herald a new era if it is followed up by actions under the Common Framework to support successful cooperation. Otherwise, it might be a harbinger of ineffective action. The G20 is more important than ever as today’s debt overhang has become a shared problem on a global scale.

*About the author: Toshiro Nishizawa is Professor at the Graduate School of Public Policy, the University of Tokyo.

What Raisi’s win means for Iran and the world