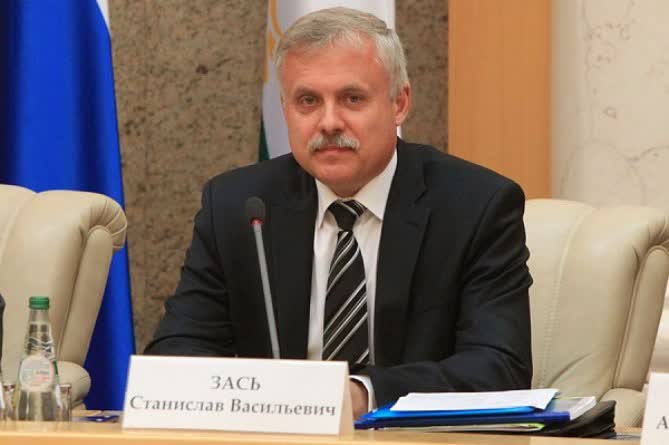 YEREVAN, June 9. /ARKA/. Speaking at the annual OSCE security forum the Secretary General of the Russian-led Collective Security Treaty Organization (CSTO) Stanislav Zas said some progress was made in resolving the situation in the Nagorno-Karabakh conflict zone over the past six months since the end of hostilities.

He said the deployment of the Russian peacekeeping contingent in the conflict zone, the efforts of international negotiators to resume a comprehensive Nagorno-Karabakh settlement process are creating a basis for establishing a lasting peace.

‘The situation “in the field” is gradually stabilizing. The main achievement is that the sides no longer shoot ay each other,” he said.

According to Zas, the situation on the Armenian-Azerbaijani border, especially in the Syunik province of Armenia is in the center of the CSTO attention.

“We welcome the intention of the parties to delimit and demarcate their state border peacefully. We see the prospect of establishing a lasting peace there. At the same time, the risks of exacerbation of the situation still remain,” he said.

Azerbaijani forces had advanced 3.5 kilometers into Armenia’s Syunik province early on May 12 and also breached two other sections of the Armenian-Azerbaijani border in Sisian and Vardenis on May 13 under the pretext of ‘clarification of border.’ Some of them are still on the Armenian territory

Armenia has officially asked the Collective Security Treaty Organization (CSTO) to take action against Azerbaijani incursions into its territory.

On May 25, an Armenian contract serviceman V. Khurshudyan was fatally wounded in a shootout that began after Azerbaijani troops fired shots at an Armenian military post near Verin Shorzha village.

On May 27, Azerbaijani troops advanced 800 meters into the Armenian territory surrounded and captured 6 Armenian servicemen who were carrying out engineering work to beef up the protection of the border in Gegharkunik province.

On the same day Armenia’s acting Prime Minister Nikol Pashinyan suggested that international observers from Russia or other Minsk Group countries be deployed at Sotk-Khoznavar section on Armenia’s border with Azerbaijan.

Speaking at a Security Council meeting later in the day Pashinyan said his proposal was prompted by the tension that has reached an explosive point in that section of the border.

He said his proposal is addressed to the international community and the government of Azerbaijan- Azerbaijan and Armenia must agree to pull back their troops from the border to their permanent deployment places, so that international observers from Russia or other OSCE Minsk Group co-chairing county (France or the United States) be deployed along the entire section of the border. -0-