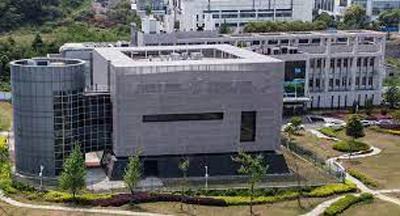 Officially, India has urged cooperation from “all sides” in a follow-up probe into the origin of the virus, according to a foreign ministry statement last month. India’s federal health minister, Dr. Harsh Vardhan, the outgoing chief of the WHO Executive Board, has called for a probe into COVID’s “zoonotic sources”.

“There is plenty of published data to establish that the genetic composition of the Covid-19 has the telltale signatures of a chimeric virus engineered in the laboratory,” SJM’s co-convenor Dr Ashwani Mahajan said.

In his statement, Mahajan also flagged the role of certain “American institutions” in funding research projects at the Wuhan Institute of Virology, which has become the focus of global attention over its alleged role in letting the SARS-CoV2 escape during a lab accident.

The SJM leader cast significant doubt on the credibility of the World Health Organisation (WHO) in objectively investigating the COVID-19 outbreak, as it accused the Geneva-based global institution of being in an “unholy alliance” with China.

Mahajan went on to recall WHO’s first phase investigation into the origin of COVID-19, pointing out that the probe had more or less backed the theory that the virus had been transferred from an infected animal to a human.

“However, the report also did not rule out its origin from Wuhan’s laboratory. Since the World Health Organisation is under immense pressure from China, it has not been able to clearly link the virus’s origin to the Wuhan laboratory. But this apprehension cannot be completely ruled out. Therefore, the organisation tried to satisfy the US by calling the report inconclusive,” the SJM stated.

The Indian activist said that the role of Peter Daszak, one of the WHO investigators sent to China to probe the origin of the virus, had played a “dubious” role in the probe process.

“This gentleman has been an important member of the Commission sent by the World Health Organisation to Wuhan. This is the same person who published a paper in the prestigious research journal named Lancet, saying that the laboratory has no role in the spread of the virus,” Mahajan noted.

Mahajan said that the whole investigation process could have been compromised simply because Daszak was also reportedly involved in arranging funding for the Wuhan Institute of Virology through the New-York based Eco Health Alliance.

The statement by the influential Indian outfit comes against the backdrop of a raging international controversy over the leaked emails of noted American infectious diseases expert Dr Anthony Fauci, the chief medical advisor to President Joe Biden.

In one of the recently disclosed emails from last year, Dr. Fauci reportedly backed the claim that SARS-CoV2 didn’t originate in a Wuhan lab. The email came almost a week after Biden afforded a 90-day time period to American investigators to come out with a detailed report on the origin of the virus.

“… while two elements in the IC (intelligence community) leans toward the former scenario (animal to human transmission) and one leans more toward the latter (lab accident theory) – each with low or moderate confidence – the majority of elements do not believe there is sufficient information to assess one to be more likely than the other,” Biden had said in a statement.

The US president further said that Washington would be working with “like-minded partners” around the world in the coming days to press China to participate in an “evidence-based” and “transparent” investigation into the origins of the virus.

China, meanwhile, has denied altogether that the virus originated in the country, arguing instead that COVID pandemic was possibly a result of several “outbreaks” at different locations across the world, including in the US.

Chinese Foreign Minister Wang Yi has also dismissed allegations that China hid the extent of the outbreak, stating that Beijing “raced against time” to report the first case to the world.

“I want to point out that there are increasingly more reports on the virus and COVID-19 pandemic being spotted in various places around the world in the second half of 2019, and that the international community is highly concerned about the questions around the biological lab at Fort Detrick and the real intentions of the US’ establishment of 200-plus overseas bio-labs,” Chinese foreign ministry spokesperson Wang Wenbin said on 4 June.

China has also called upon the US to invite the WHO experts to the Fort Detrick facility to help with the “origin-tracing” of the virus. 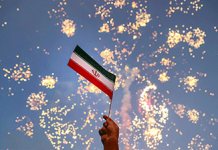