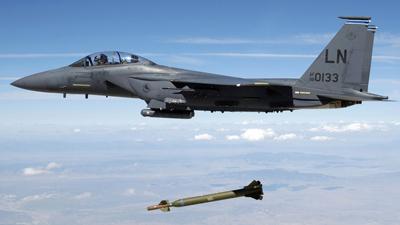 As the US military pushes forward with its withdrawal from Afghanistan, the Pentagon is reportedly considering scenarios that would justify renewed airstrikes in the war-torn country.

In the event of a Taliban offensive that threatens the capital, Kabul, the US military is weighing the possibility of responding with warplanes or drones, the New York Times reported, citing senior officials.

President Joe Biden has pledged to end US military engagement in the country, including airstrikes, by September, but reserved the right to target terrorist groups that could harm American interests.

But the Pentagon is apparently now reconsidering conditions under which it might resume air operations. Officials fear that the US withdrawal could galvanize the Taliban and lead to the fall of Kabul or another major city. An “extraordinary crisis” could put American and allied embassies and citizens at risk, necessitating a military response, the Defense Department believes.

Any additional airstrikes would require the president’s approval, and the military has yet to seek authorization to carry out such attacks in the event of a major clash between Afghan forces and Taliban militants. Officials told the Times that even if the Pentagon received the green light, it would be difficult to sustain air support over a long period of time because the US withdrawal would make logistics more complicated. The US is reportedly slated to vacate all of its air bases in Afghanistan by next month, meaning that any air campaign against the Taliban would have to be orchestrated from bases located in the Persian Gulf.

While no decision has been made yet, it appears that the Biden administration has shown “flexibility” in how it interprets counterterrorism, the Times said. According to officials, there is a growing debate over what would justify US airstrikes in Afghanistan, going beyond the original plan of only targeting terrorists. Afghan officials told the Times that they had been informed by their American counterparts that the US would intervene to “stop any takeover of major cities.”

In April, the Biden administration announced that American forces would leave Afghanistan by September 11, the 20th anniversary of the terrorist attacks that prompted the invasion. The Trump administration had previously called for a full withdrawal by May 1, following negotiations with the Taliban.

Earlier this week, US Central Command (CENTCOM), the military body that oversees the Middle East and Central Asia, said that the US withdrawal from Afghanistan is more than 50% complete. Future updates about the pull out will not include percentages due to the need for “operational security,” CENTCOM said.