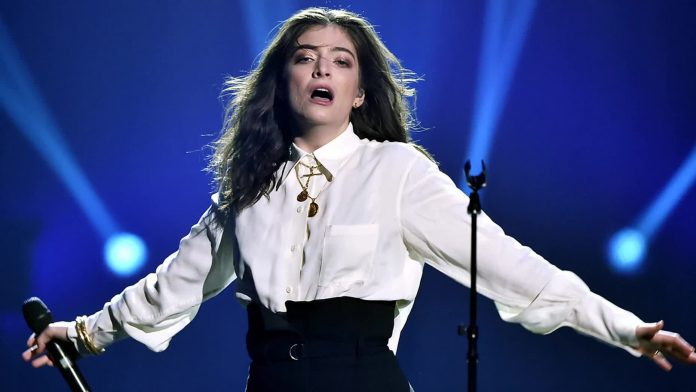 The pop star worked with musicians like Jack Antonoff, Pheobe Bridgers and more

The 24-year-old pop sensation released a new single, “Solar Power,” on Thursday along with an announcement of an upcoming album.

The star, born Ella Marija Lani Yelich-O’Connor, said in a newsletter to fans that she is working to release a new album, also called “Solar Power,” according to Pitchfork.

No release date was given.

Per the outlet, the song was co-written and produced by Lorde and Jack Antonoff, who plays guitar and drums on the track. Additionally, indie darlings Phoebe Bridgers and Clairo provide backup vocals.

Like Antonoff, Matt Chamberlain, who has worked with Bruce Springsteen and Bob Dylan, contributed drums.

“The album is a celebration of the natural world, an attempt at immortalising the deep, transcendent feelings I have when I’m outdoors,” said the New Zealand-born Lorde in the letter. “In times of heartache, grief, deep love, or confusion, I look to the natural world for answers. I’ve learnt to breathe out, and tune in. This is what came through.”

The star continued: “I want this album to be your summer companion, the one you pump on the drive to the beach. The one that lingers on your skin like a tan as the months get cooler again.”

In the music video for “Solar Power,” the singer dons a long yellow skirt and matching crop top that reveals her midriff as she dances and soaks up some sun on the beach with friends.

Over the years since, she’s dropped clues about her music and revealed in 2019 that she explained that part of the delay in her new music was her mourning the death of her dog, Pearl.

“I need some time to see the good again, to finish making this for you,” she said at the time, per the outlet.

In the spring of 2020, she revealed to fans that she was working with Antonoff on music that is “so f—— good.”