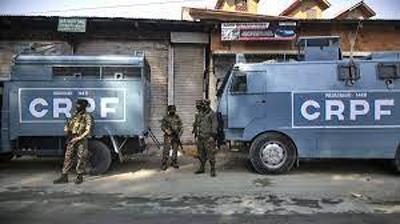 Over the last few months, violent encounters between terrorists and Indian security forces have escalated in the Kashmir region, which has been disputed between Indian and Pakistan since 1947. As per Jammu and Kashmir police, a total of 221 terrorists were killed in over 100 encounters with India’s security forces in 2020 alone.

Checkpoints of the Central Reserve Police Force (CRPF) and the Indian Army were attacked by unidentified assailants on Friday in the Shopian district in the Kashmir Valley.

As per initial reports, the attacks are linked to terrorist activities.

In a bid to control the situation, security personnel have sealed off areas near the attack sites and have asked civilians to stay in their homes, Indian media reported.

As of now, more details on the story are yet to be released.

Indian government data suggests that at least 50 terrorists have been killed in 2021 alone in 36 encounters in the Jammu and Kashmir region.