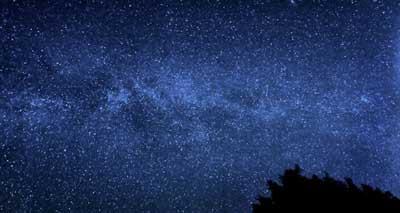 Scientists believe galaxies that are 1 million light-years apart have independent lives in terms of when they give birth to new stars. Yet, an unexpected discovery about the birth process of stars has challenged the current theories about the growth of galaxies.

As many as three dozen dwarf galaxies far from one another had a simultaneous “baby boom” of new stars and this unexpected discovery has challenged the current theories on how galaxies grow.

According to a study led by Rutgers University, galaxies more than 1 million light-years apart should be independent with respect to when they give birth to new stars. However, galaxies separated by up to 13 million light-years slowed down and then simultaneously accelerated their birth rate of stars.

“It appears that these galaxies are responding to a large-scale change in their environment in the same way a good economy can spur a baby boom”, lead author Charlotte Olsen, a doctoral student at the Department of Physics and Astronomy in the School of Arts and Sciences at Rutgers University–, told the media.

According to scientists, the simultaneous decrease in the stellar birth rate in the 36 dwarf galaxies began 6 billion years ago, and the increase began 3 billion years ago. It is noteworthy that to understand how galaxies grow a detailed study of many processes that affect them over their lifetimes (billions of years) is required.

When galaxies collide or interact the stellar birth rate can increase, and galaxies can stop making new stars if the gas, which is mostly hydrogen that makes stars, is lost.

The study revealed that the 36 dwarf galaxies included a diverse array of environments at distances as far as 13 million light-years from the Milky Way. The environmental change the galaxies apparently responded to must be something that distributes fuel for galaxies very far apart. That could mean encountering a huge cloud of gas, for example, or a phenomenon in the universe we don’t yet know about, according to Olsen.

The team of scientists used two methods to compare star formation histories, one by using light from individual stars within galaxies, and another by using the light of a whole galaxy, including a broad range of colours.

The lead author also said the James Webb Space Telescope, scheduled to be launched by NASA this October, will be an ideal way to add that new data to find out just how far out from the Milky Way this “baby boom” extended.