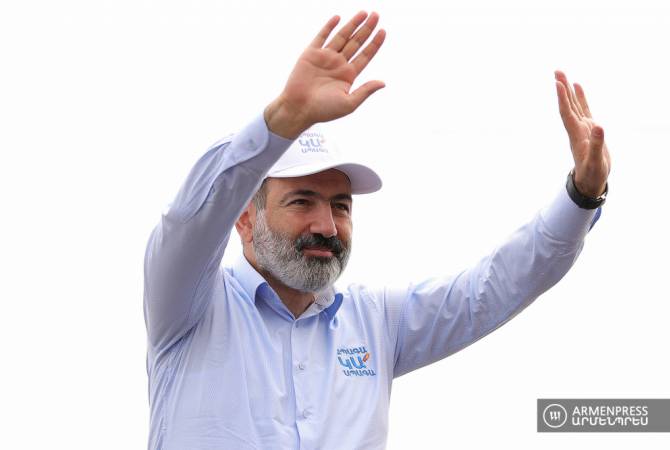 YEREVAN, JUNE 14, ARMENPRESS. Caretaker Prime Minister of Armenia Nikol Pashinyan, who heads the list of the “Civil Contract” party, said at a meeting with residents of Artashat that they will visit Syunik Province on June 15. He invited the residents of other regions and communities of Armenia to join the rally early in the morning and express their support to Syunik.

“There are rumors since November, 2020 that this government is surrendering Syunik. Developing this thesis, some try to oppose Syunik to the rest of Armenia. Of course, it will not work, but we have the following suggestion. Tomorrow our team will leave for Syunik to carry out pre-election campaign. We want to show the unity of Armenia tomorrow. Tomorrow at 07:30 we will leave for Syunik with thousands of cars from the Republic Square to express our support for Syunik and to show our unity. I invite everyone to join the rally of the national unity,” ARMENPRESS reports Pashinyan as saying.