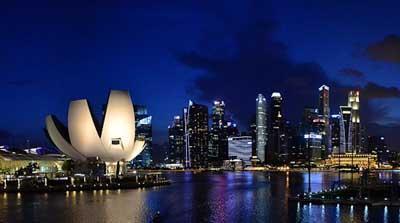 A recent survey shows that Chinese people are much more favourably disposed towards Singapore than other rich nations such as Australia, Japan and the United States.

The year 2020 marked the 30th anniversary of the establishment of diplomatic ties between Singapore and China. The governments of the two countries recently re-affirmed that it is in their common interest to sustain their friendship. This sentiment is shared by the Chinese people. In our survey conducted in China in November 2020, Singapore is the most liked among 15 high-income countries in the world. Seven of ten mainland Chinese respondents hold either “very favourable” or “favourable” view of Singapore. Such positive feelings certainly benefit from and reflect a relationship marked by long-standing economic and diplomatic ties.

Economic exchanges have been the bedrock of the relationship, and bilateral cooperation has been extensive. Singapore played an important role in facilitating China’s integration into the global and regional economy. It lobbied for China’s accession to the World Trade Organization (China joined in 2001) and coordinated with other ASEAN member states to secure the ASEAN–China Free Trade Agreement signed in 2002.

Diplomatically, Singapore has been Beijing’s go-to convener for the two historic meetings with Taipei. The 1993 meeting between Wang Daohan and Koo Chen-fu, top officials responsible for managing cross-strait affairs, was the first official meeting across the Taiwan Strait since 1949. In 2015, Singapore hosted the Xi Jinping–Ma Ying-jeou summit, which was the first time the top leaders from both sides shook hands since Mao Zedong and Chiang Kai-shek did in 1945.

The high regard for Singapore held by the Chinese is in stark contrast to their plummeting views of other advanced economies such as Australia, Canada, Japan, and the United States. In particular, slightly more than three quarters of Chinese polled hold either “very unfavorable” or “somewhat unfavorable” views of the US.

This divergence should not be surprising given how Singapore’s recent policies toward China differ from these countries on issues ranging from the Covid-19 pandemic to 5G technology.

Since the early days of the pandemic, Prime Minister Lee has expressed his confidence in China’s ability to handle the crisis. In March 2020, he remarked that China’s response to Covid-19 was much stronger and more comprehensive than its response to the severe acute respiratory syndrome (SARS) outbreak in 2003, and that the Chinese government was doing the best it could.

Meanwhile, the US and its allies criticised the Chinese government for its lack of transparency in handling the pandemic, with President Trump even calling Covid-19 “kung flu” in a racist play of words. While taking a less hostile approach, Australian prime minister Scott Morrison repeatedly called for an independent investigation into the origins of the pandemic, soliciting a warning from Beijing that following the US could damage the bilateral relationship “beyond repair.”

On the technology front, the “Five Eyes” intelligence network of nations led by the United States have sought to prevent Huawei from participating in the development of their critical infrastructure since 2019. They claim that the Chinese tech giant could tap on its extensive infrastructure for spying, with Canada arresting Huawei’s Chief Financial Officer over allegations of bank and wire fraud at the request of US authorities, pursuant to the extradition treaty between Canada and the United States.

In contrast, Singapore has continued to allow Huawei to bid for contracts and contribute to some aspects of the national 5G network, allowing the company to develop the remaining frequency spectrum after allocating the majority to the country’s own Singtel and Starhub. Singtel and Starhub have chosen not to go with Huawei for their 5G networks.

Finally, Western military pressure on China has ramped up significantly in recent years. Even during the pandemic, for example, American warships sailed through the Taiwan Strait an unprecedented 13 times in 2020, with Canada conducting similar operations. US freedom of navigation operations in the South China Sea also nearly doubled between 2018 and 2019. Again, American allies such as Canada and Australia have joined the US in sending warships to the South China Sea, and Australia has also explicitly echoed the US in arguing that Beijing’s territorial claims in the region are “illegal.”

Singapore, however, chose not to meddle with the South China Sea issue. Nevertheless, it has urged China to clarify its territorial claims and expressed its desire that China play a role in maintaining regional stability.

In his visit to China in 1984, President Ronald Reagan made it clear that “friendship between people is the basis of friendship between governments.” He would be disappointed seeing the mutually strong negative feelings between his country and China today. While Joe Biden surely needs to reflect on this as he crafts his China policy, other US allies may also need to find ways to salvage their reputations damaged during the Trump era. For Singapore, its approach to China seems to have paid off in building goodwill among the Chinese people, which will undoubtedly help further strengthen the bilateral relationship in the post-pandemic world.

*About the authors: Jian Qiang Kwek is a second-year student in the Master of International Affairs (MIA) Program, Lee Kuan Yew School of Public Policy. Xiaojun Li is the Wang Gungwu visiting scholar at the ISEAS – Yusof Ishak Institute and an associate professor of political science at the University of British Columbia. Adam Y. Liu is an assistant professor of public policy at Lee Kuan Yew School of Public Policy.

The Institute of Southeast Asian Studies (ISEAS), an autonomous organization established by an Act of Parliament in 1968, was renamed ISEAS – Yusof Ishak Institute in August 2015. Its aims are: To be a leading research centre and think tank dedicated to the study of socio-political, security, and economic trends and developments in Southeast Asia and its wider geostrategic and economic environment. To stimulate research and debate within scholarly circles, enhance public awareness of the region, and facilitate the search for viable solutions to the varied problems confronting the region. To serve as a centre for international, regional and local scholars and other researchers to do research on the region and publish and publicize their findings. To achieve these aims, the Institute conducts a range of research programmes; holds conferences, workshops, lectures and seminars; publishes briefs, research journals and books; and generally provides a range of research support facilities, including a large library collection.