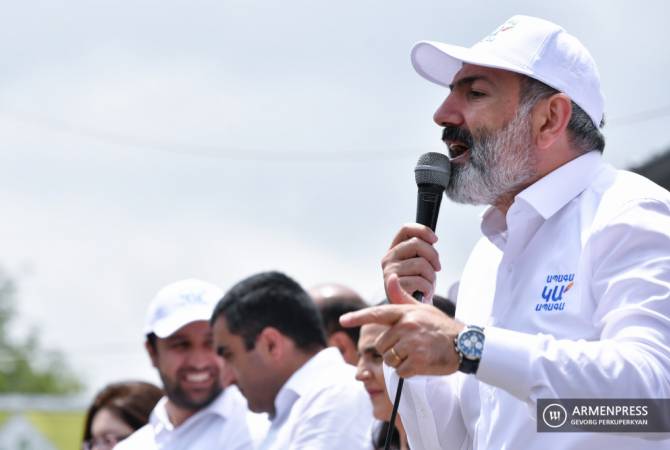 YEREVAN, JUNE 14, ARMENPRESS. The current leadership of Armenia understands that the velvet mandate gained by the 2018 revolution has expired, Caretaker Prime Minister Nikol Pashinyan, who is leading the Civil Contract party’s election list for the June 20 snap polls, said during the campaign in Ayntap community of Ararat province.

Talking about the velvet, Pashinyan said both the people and the government are dissatisfied. “The reason of this was that we felt obliged to remain committed to our promise. In 2018 when we did a revolution, we said that it’s a revolution of love and solidarity, there will be no personnel cut. We received a velvet mandate as a result of the revolution, but we understand also that this mandate has expired”, he said.

He again talked about their intention of replacing the velvet mandate with the steel mandate.

The electoral campaign for the June 20 snap parliamentary elections officially launched in Armenia on June 7.

The campaign will last until June 18.

25 political forces – 21 parties and 4 blocs, are participating in the elections.