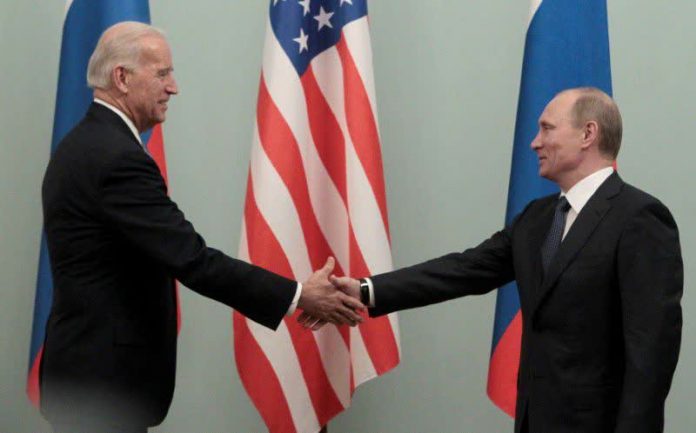 GENEVA/MOSCOW, June 15 (Reuters) – Don’t expect a major breakthrough at a summit on Wednesday between U.S. President Joe Biden and his Russian counterpart Vladimir Putin, a U.S. official said on Tuesday, given relations between Washington and Moscow are their most strained in years.

“We’re not expecting a big set of deliverables out of this meeting,” a senior official told reporters aboard Air Force One. The two leaders are expected to talk for four of five hours, the U.S. official said.

Both leaders say they hope the Geneva meeting, their first in-person encounter since Biden became president in January, can lead to stable and predictable relations, even though they remain at odds over everything from Syria to Ukraine.

Despite their disagreements, they could make some modest progress.

Ransomware attacks by criminals reportedly linked to Russia that have twice targeted critical American infrastructure are a concern for the United States.

The FBI has not disclosed any evidence showing Russian government involvement in the attacks on U.S. fuel transporter Colonial Pipeline Co and meatpacker JBS SA of Brazil, and Putin says the idea that Russia was responsible is absurd.

But Biden intends to bring up the issue and has suggested he wants Russian authorities to crack down on such cybercriminals. Putin has said Moscow would be willing to hand over suspects if any deal cuts both ways.

Biden is also likely to raise U.S. concerns over Russian cyber meddling in U.S. politics, something Moscow, which is pushing for a cyber non-interference pact, denies.

Biden has said his administration will prioritise the global promotion of human rights and democracy and not shy away from warning countries over their records.

Washington has criticised Moscow over its treatment and alleged poisoning of Navalny, and says he should be freed.

The Kremlin, which denies the poisoning, has said Russian politics is a domestic matter and Washington should stay out of it. It says it will not take lectures from a country it casts as having many human rights problems of its own.

The world’s two biggest nuclear powers are keen to talk arms control to ensure stable relations between their militaries.

In February, they extended for five years the New START treaty, which limits the numbers of strategic nuclear warheads, missiles and bombers each can deploy.

Moscow is keen on a longer extension that would include newer systems.

After the 2019 demise of the Intermediate-Range Nuclear Forces Treaty, Russia also wants to do a deal that neither side deploy certain land-based missiles in Europe.

The United States has been Ukraine’s most powerful ally since Russia’s annexation of Crimea in 2014, a move that pushed Moscow’s ties with the West to post-Cold War lows.

A build-up of Russian forces in Crimea and near Ukraine’s borders earlier this year worried Washington, which wants Russia to return Crimea and Kyiv to regain control of a swath of eastern Ukraine controlled by Russian-backed separatists.

NATO leaders on Monday reiterated a 2008 decision that Ukraine could one day join, but Biden said Kyiv had to root out corruption and meet other criteria first.