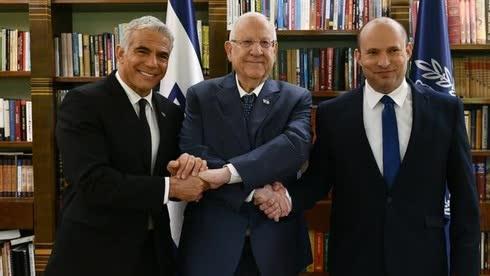 Opinion: While Bennett’s government managed to push Netanyahu out of power after 12 years, to really earn this moniker it must deal with Israel’s long-standing issues, such as the lax oversight of the judicial system, chronic weaknesses within the police force, and the rigidity of the Finance Ministry

This new government managed to put an end to Netanyahu’s 12 years rule, of which no less than half was plagued by political strife, constant clashes and confrontations over Netanyahu’s own character, his plans regarding the institutions he identified as hostile to him and his ideology – such as the media, the courts, the academy and the defense establishment.

This government of change is a natural evolution of the “statehood” campaign, conceptualized and led by Blue & White leader Benny Gantz during his run as Netanyahu’s main political opponent for the past two years.

It was Gantz’ answer to the repeated declarations made by Netanyahu and his mouthpieces, that the elected echelon was being trampled by unelected institutions like the courts, the attorney general and the police.

Bennett’s new government now promises to proudly respect and adhere to those Netanyahu’s government tried to stifle, insult and declare war on.

For years, Netanyahu worked, either directly or through his numerous proxies, to weaken those he thought might threaten his rule, which gradually became more authoritative as the years passed.

One such example can be seen in a video of Netanyahu celebrating with his family the announcement that the new Mossad director was going to be Yossi Cohen, considered a close associate and an appointee of t.

And while it indeed made for a exciting moment on screen, it was also an inconceivably bad moment for our nation. It is not for nothing that Cohen’s replacement, David Barnea, has little to no ties to Netanyahu.

On the other hand, the center-left bloc’s biggest mistake was its unconditional embrace of the state’s institutions, which was a response to Netanyahu and the right-wing bloc’s constant attacks and incitement against them.

The bodies in charge of law enforcement – the State Prosecutor’s Office and the Israel Police – were shielded from criticism due to the constant attacks by Netanyahu’s bloc.

The officials of the Finance Ministry were suddenly seen as martyrs due to constantly being laid low by former finance minister Israel Katz, also a close associate of Netanyahu.

IDF Chief of Staff Aviv Kochavi was also totally shielded from criticism, primarily due to suffering constant attacks from the right over his support for charging Israeli soldier Elor Azaria with manslaughter for shooting and killing a Palestinian prisoner in Hebron in 2016.

Furthermore, any attempt to legitimately criticize the High Court of Justice is immediately seen as an attempt to assassinate Israel’s democracy.

Proper working relations between the state’s institutions and the government are crucial, as is respecting and giving weight to their professional recommendations, advice and especially independence.

It is clear to anyone who is not fanatically inclined to either side of the political spectrum, that a complicated country like Israel needs a strong separation of powers, through a stable and fair mechanism.

This needs to mean that absolutely no one is impervious to criticism and reforms. Not as a means of attack though, but as a provision meant to stop stagnation and corruption within a system.

That is why even those who revel in this new government’s success must be wary of its potential for paralysis.

Because even relative political calm can’t fix the failings of Israel’s latest war with Hamas, the danger of war with Lebanon, the lax supervision over the judicial system, the chronic weaknesses of the Israel Police, nor the rigidity of the Finance Ministry.

A government that can’t deal with all these issues is anything but a “government of change.”