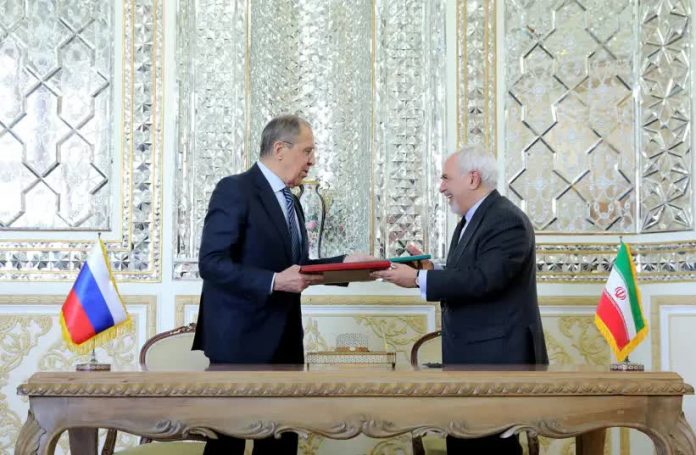 Israeli officials told KAN that they were concerned by the report, while US officials in public did little to dispel the mystery surrounding the issue.

Last Thursday’s Washington Post report that Russia is preparing to provide Iran with an advanced satellite that would enable it to track potential military targets across the Middle East sent shudders through much of the region.

According to the report, Moscow would launch and then deliver control of a Kanopus-V satellite equipped with a high-resolution camera to Iran within months.

Anonymous Israeli officials told KAN that they were concerned by the report, while US officials in public did little to dispel the mystery surrounding the issue.

There were even concerns that Tehran might acquire photos and pass them on to proxies like Hezbollah and Hamas to increase the accuracy and effectiveness of their destructive power.

Published less than a week before US President Joe Biden was due to meet with Russian President Vladimir Putin, some speculated that the timing of the report was to put Putin on the defensive.

There were already plenty of issues where Washington was ready to lecture Moscow, but such a last-minute revelation could sharpen the message.

For his part, Putin strongly denied the report over the weekend, calling it “garbage” – though the Russian leader rarely admits actions his country takes which much of the world would disapprove of.

Another reading was that the timing was set to sabotage US efforts to reach an agreement with the Islamic Republic on returning to the 2015 nuclear deal.

How could the US justify cooperation and reducing pressure on Tehran just as it might be preparing to jump forward in the precision of its targeting key sites to America’s allies through new satellite data?

The report said that the new satellite would allow “continuous monitoring of facilities ranging from Persian Gulf oil refineries and Israeli military bases to Iraqi barracks that house US troops,” citing three unnamed sources – a current and a former US official and a senior Middle Eastern government official briefed on the sale.

Though the Kanopus-V is marketed for civilian use, Iran’s Islamic Revolutionary Guards Corps officials had reportedly made several trips to Russia since 2018 to help negotiate the agreement.

Further, the report said that Russian experts traveled to Iran this spring to train crews who would operate the satellite from a newly built facility near Karaj, west of Tehran.

The satellite would feature Russian hardware, “including a camera with a resolution of 1.2 m. – a significant improvement over Iran’s current capabilities, though still far short of the quality achieved” by US or Israeli spy satellites.

This led former US secretary of state Mike Pompeo to demand consequences before the UN Security Council.

In a recent press briefing, US State Department deputy spokeswoman Jalina Porter responded to a question about the satellite with a non-answer, injecting more mystery into the issue.

“We’re aware of… these media reports about Russia potentially providing Iran with an advanced satellite system. Outside of that, we have nothing further to announce at this point. We don’t have any responses or any potential responses,” said Porter, killing the conversation.

Despite all of the above concerns, Israel Space program chief and Maj. Gen. (res.) Yitzhak Ben Israel poured cold water on concerns from the report.

“Who knows if it is true,” he said, noting that Putin’s denial could be more authentic on this issue, which involves a Russian state body, than when the Russian president plays word games about whether his government or state-sponsored private hackers attack the US with cyber tools.

But even if the report is true, Ben Israel said that it lacks any strategic significance.

To an average reader, a satellite which can get pictures within 1.2 m. from the ground sounds phenomenal.

In fact, he said that currently Iran and any other country can buy satellite photos from the commercial sector at a mere $10,000 per shot which are three times better.

Ben Israel said, “This is not a new threat for Israel. It is easier for them [the Iranians]” to just purchase satellite photos in the commercial sector and “they do not need to get satellites from others.”

Besides Google Earth, he said that France, China, Russia and others are regularly selling top-notch satellite photos to nearly whoever will pay.

Though Google Earth itself is restricted from selling directly to Iran due to US sanctions, he said even this could be easily overcome by selling to the Islamic Republic through third parties.

He added that for a long time there was a US-Israeli deal that Washington would prevent its private sector from selling satellite photos of Israel to countries like Saudi Arabia beyond a certain resolution level.

But over the years he said that this level was lowered until it was abandoned altogether. Otherwise, US companies would have fallen behind in the growing satellite photos industry.

So he said Iran could already have purchased all the photos it needs and passed them on to Hezbollah and Hamas.

In fact, Ben Israel said there might even be a positive angle if the story is true.

Besides the April 2020 success, most Iranian satellite launches have failed miserably.

The Israeli space chief said that purchasing a satellite from Russia could signal that Tehran is internalizing and admitting that it will take a long time, much longer than expected, before its home-grown satellite industry matures.

This would be an additional relief to the US as it would appear to show that Iran is nowhere near developing an intercontinental ballistic missile capability to reach America.

Often, there is much in common between satellite launches and ICBM launches.

However, this last point would be neutral for Israel, which has been within range of the Islamic Republic’s more standard ballistic missiles since the 1990s.