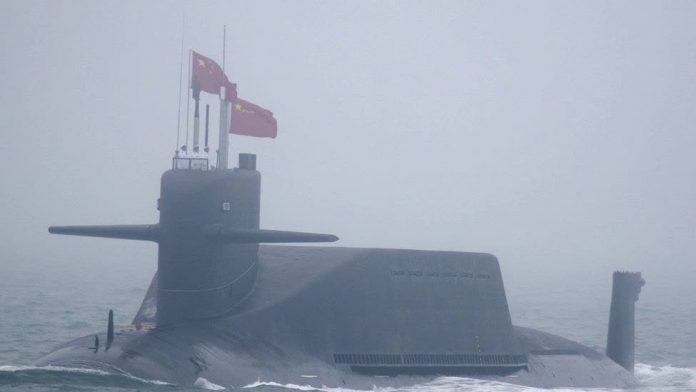 Nato leaders meeting for a summit in Brussels have warned of the military threat posed by China, saying its behaviour is a “systemic challenge”.

China, they said, was rapidly expanding its nuclear arsenal, was “opaque” about its military modernisation and was co-operating militarily with Russia.

But he stressed the alliance did not want a new Cold War with China.

Nato is a powerful political and military alliance between 30 European and North American countries. It was established after World War Two in response to the threat of communist expansion.

In recent years, the alliance came under strain as leaders debated its purpose and funding.

Tensions grew during the presidency of Donald Trump, who complained about his country’s financial contributions to the alliance and questioned the US commitment to defend European partners.

It is his successor Joe Biden’s first Nato meeting since taking office, and the new president has sought to reassert American backing for the 72-year-old alliance.

Mr Biden said Nato was critically important for “US interests” and the alliance had a “sacred obligation” to observe Article 5 of its founding treaty, which commits members to defend each other from attack.

Asked about his forthcoming summit with Vladimir Putin in Geneva on Wednesday, he described the Russian president as a “worthy adversary”.

In another development, the Nato leaders also agreed to pay to keep Kabul airport running in Afghanistan, as the US and its allies withdraw troops from the country.

Alliance member Turkey has offered to guard and operate the airport after troops leave.

Biden’s success abroad comes with a risk at home

Joe Biden has been in his element during his first presidential trip abroad. The back-slapping veteran of the Senate foreign affairs committee set out to reassure US allies that American was “back”, after a decidedly different set of priorities and personalities during the previous administration.

US allies appeared to welcome the effort.

French President Emmanuel Macron virtually glowed as he described Biden as “part of the club” that could deal with pressing issues like Covid and climate change.

Macron’s “club” reference prompted swipes from Donald Trump, who tried to paint Biden’s G7 meetings as a return to the kind of business-as-usual mode that enriches the elite at the expense of working Americans.

If Biden is to avoid such characterisation, he will have to mind how his foreign policy affects – and is perceived to affect – American pocketbooks. A renewed emphasis on multilateralism could put allies at ease, but it requires a sales job at home.

Biden may rail against “phony populism”, as he did at his Nato press conference, but if he wants to prevent a return of Trump and Trumpism, he will have to acknowledge the conditions that set the stage for its ascendance. His warm welcome from US allies might be gratifying, but it comes with domestic risk.

Why is Nato focusing on China?

According to the summit’s communiqué (concluding statement), China’s “stated ambitions and assertive behaviour present systemic challenges to the rules-based international order and to areas relevant to Alliance security”.

“We remain concerned with China’s frequent lack of transparency and use of disinformation,” it says.

Mr Stoltenberg told reporters: “We’re not entering a new Cold War and China is not our adversary, not our enemy.”

But, he added, “we need to address together, as the alliance, the challenges that the rise of China poses to our security”.

China is one of the world’s leading military and economic powers, whose ruling Communist Party has a tight grip on politics, daily life and much of society.

The Chinese military currently has the largest armed forces in the world, with over two million personnel on active duty.

Nato has become increasingly concerned about the growing military capabilities of China, which it sees as a threat to the security and democratic values of its members.

In recent years, the alliance has also grown wary of China’s activities in Africa, where it has set up army bases.

UK Prime Minister Boris Johnson said: “When it comes to China, I don’t think anybody around the table wants to descend into a new Cold War with China.”

Nato’s tough message on China followed criticism of the country by the G7, a group of major economies that met for a summit in England last week.

In a communiqué G7 leaders criticised China for alleged human rights abuses and demanded a transparent investigation of the origins of Covid-19 in the country.

In response, China accused the G7 of “lies, rumours and baseless accusations” in a statement through its embassy in the UK.

What did Biden say about Putin?

The US leader famously said in an interview in March that he considered the Russian president to be a “killer”, but on Monday he appeared to take a more conciliatory tone with regard to Mr Putin.

“He’s bright,” he said. “He’s tough. And I have found, as they say when I used to play ball, he’s a worthy adversary.”

But Mr Biden stressed that he would take a tough line on what the US regards as Russia’s “harmful activities” such as alleged cyber-attacks.

“If he chooses not to co-operate and acts in the way he has in the past related to cyber-security and some other activities, we will respond,” he said. “We’ll make it clear where the red lines are.”