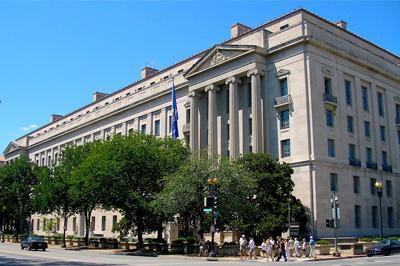 Amid revelations of Trump-era spying, Trevor Timm calls out the attempt by Biden’s DOJ to criminalize news gathering in the case against Julian Assange. By Jake Johnson Common Dreams In the wake of revelations that the Trump Justice Department secretly surveilled Democratic lawmakers and reporters from prominent news outlets in an effort to hunt down leakers, press freedom advocates are calling on Congress to impose strong limits on the vast spying powers that have been so readily abused by both Democratic and Republican administrations in recent years. Trevor Timm, executive director of the Freedom of the Press Foundation, wrote in an op-ed for The Guardian on Tuesday that “administrations in both parties have spied on journalists with increasing abandon for almost two decades, in contravention of internal DOJ regulations and against the spirit of the First Amendment.” “Many people already forget that before Trump was known as enemy number one of press freedom, Barack Obama’s Justice Department did more damage to reporters’ rights than any administration since Nixon,” Timm continued. “For real safeguards, Congress needs to act.” Last week, The New York Times reported that the Trump Justice Department obtained from Apple the metadata of Rep. Adam Schiff (D-Calif.) — the chairman of the House Intelligence Committee — and Rep. Eric Swalwell (D-Calif.), two lawmakers closely involved in the House’s Trump-Russia probe. The Justice Department began pursuing Schiff and Swalwell’s data in 2017 and 2018 under the leadership of former Attorney General Jeff Sessions. William Barr, Sessions’ successor, revived the data-collection push after he was confirmed in 2019. News of the Trump administration’s targeting of Schiff and Swalwell — who, in an irony that did not go unnoticed, are well-known defenders of Justice Department surveillance powers — came after reporting revealed that the former president’s DOJ obtained the phone and email logs of journalists at the Times, The Washington Post, and CNN in an attempt to identify their confidential sources. As the Times reported earlier this month, the Biden administration “continued waging” its predecessor’s legal fight to obtain four Times journalists’ email logs as part of the leak investigation. In the face of public backlash, Attorney General Merrick Garland last week asked for an inspector general probe into the Trump-era leak-hunting and vowed that the DOJ will no longer “seek compulsory legal process in leak investigations to obtain source information from members of the news media doing their jobs.” But it’s far from clear that Garland’s promise will stick. Garland Meets with Media Executives On Monday, Garland held an off-the-record, closed-door meeting with media executives to discuss the surveillance scandal, but there was no indication that the attorney general committed to substantive change. “One issue is whether Mr. Garland will replace a Justice Department regulation that permits seizures of reporters’ information that can reveal their sources in leak investigations under certain conditions — or leave it intact and simply ban that technique for the time being,” the Times‘ Charlie Savage wrote over the weekend. “Garland has discussed only issuing ‘some kind of memorandum, obviously, from me.’ If he pursues that route, the Biden administration’s changes may prove fleeting. With or without telling the public, he or a successor could later revoke his memo or make an exception.” Jameel Jaffer, director of Columbia University’s Knight First Amendment Institute, argued that protections against DOJ surveillance of the press “shouldn’t be a matter of executive grace.” “Congress and the courts have an important role to play here, too,” said Jaffer. In his Guardian op-ed, Timm warned, “Mark my words: if Congress does not pass tough and binding rules that permanently tie the DOJ’s hands, it will happen again —whether it’s a Democrat or a Republican in the White House.” “If Garland is promising to bar the surveillance of journalists for the purpose of finding their sources, Congress can simply pass a law holding them to it,” Timm added. “Anything else at this point is just empty rhetoric.” Timm went on to note that the Biden DOJ — falling in line with the Trump administration’s position— is “currently attempting to make newsgathering a crime, in the form of its case against the WikiLeaks founder, Julian Assange.” “If Garland bars surveillance of journalists ‘doing their jobs’ but secures a conviction that makes journalists’ jobs a crime,” Timm added, “his promises will ultimately be worse than meaningless.” [Watch related: CN Live! Sept. 12, 2020, Episode: ‘Drama in the Court’ with Assange Defense Witness Trevor Timm] Justice Department policy states that members of the news media are shielded from “certain law enforcement tools, whether criminal or civil, that might unreasonably impair newsgathering activities.” Specifically, the policy restricts the DOJ’s use of court orders, subpoenas, and search warrants targeting “non-consenting members of the news media” to “extraordinary” circumstances. But as Timm and Anna Diakun of the Knight First Amendment Institute wrote for Columbia Journalism Review last week, the Justice Department’s media guidelines are full of ambiguous language and holes that DOJ officials have eagerly exploited. “Despite these rules, the Trump DOJ nevertheless obtained court orders for communications records of eight journalists, delaying notice until after the fact,” Timm and Diakun noted. “President Biden called this surveillance ‘simply wrong.’ Following his comments, however, The New York Times revealed that Biden’s DOJ had continued to seek its reporters’ email records long after the change in administration.” A necessary step to protect the press from Justice Department abuses, argued Timm and Diakun, is for Congress to enshrine into law the Garland DOJ’s promise not to use its authority to “obtain source information from members of the news media doing their jobs.” “Congress needs to write it into law — the DOJ cannot be trusted by themselves,” Timm tweeted last week. This article is from Common Dreams.