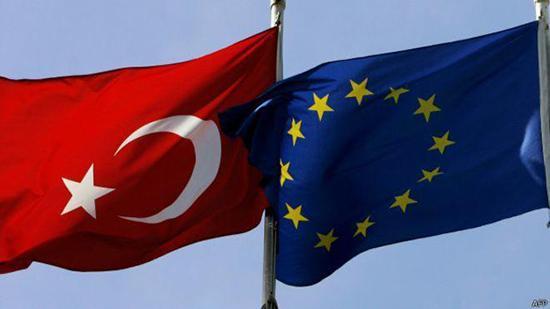 The delicate balancing act in tense European Union-Turkish relations continues ahead of the European Council meeting in Brussels on June 24-25, as evidenced by the draft conclusions of the meeting that have been seen by Kathimerini.

The draft statement also expresses the council’s regret “that the informal meeting in Geneva under the auspices of the United Nations did not pave the way for the resumption of the formal negotiations” on the Cyprus issue, saying that the European Union “will continue to play an active role in supporting the process.”

It also refers to a resumption of “work at the technical level towards the modernisation of the EU-Turkey Customs Union” and stresses the need to address “current difficulties” in its implementation.

On the migration crisis, the European Council “takes note of the Commission’s proposal for the continuation of financing for Syrian refugees and host communities in Turkey, Jordan and Lebanon and calls for its swift adoption.”