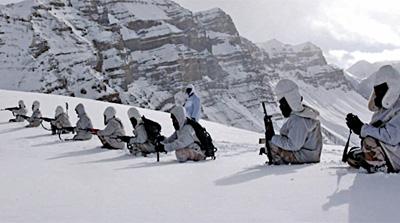 India faces logistics challenges in its border areas against a militarily superior China: of a continuous, effective, and secure line of communication between logistics bases inland and troops at the front. An Indo-Tibetan Border Police (ITBP) proposal to wet-lease two twin engine helicopters has been approved by the Union Home Ministry, but there has been no actual movement on this front. Under the wet-lease contract system, the organisation operating the aircraft would provide aircraft as well as crew members to the lessee. It would also be responsible for aircraft maintenance. This commentary looks at why air support through wet-leasing is important for the ITBP, the sole Central Armed Police Force (CAPF) entrusted with safeguarding India’s border with China under conditions of peace.

These border areas are located in inhospitable terrain, at dizzying altitudes of 9,000-18,500 feet, with thin oxygen levels, and threats of blizzards. The ITBP cadre’s constant vigil leads to fatigue setting in rapidly. On the Chinese side, the People Liberation Army (PLA) Border Defence Regiment’s (BDR) force levels along the Line of Actual Control (LAC) are inversely proportional to those of their Indian counterparts. Further, China continues to add to sophisticated military infrastructure in Tibet. This comprises operational air bases, helipads, an extensive rail network, and a network of roads all along the border.

China’s strengthened physical border infrastructure, military hardware, and force positioning in this region enhances its overall capabilities in the event of a war with India. Its advantage is due to the flat terrain in Tibet, whereas India is confronted with very high elevations along the border, rendering infrastructure development difficult. On the Indian side, both the ITBP and Indian Army have problems accessing the border due to a lack of adequate roads along most of, and leading right up to, the LAC, despite the Border Roads Organisation (BRO) laying new roads at a healthy pace.

Over the past five years, the ITBP has constructed 25 Border Outposts (BOPs) along the border with China. A BOP can cater to a strength of about 100 troops, and there are about 180 BOPs in operation. These posts are located in far-flung areas, and barring a few, most can only be accessed on foot. Supplies are transported on mules or yaks. The Indian government has authorised the construction of 47 more posts and 12 staging camps for greater accessibility. These staging camps are for reprieve during patrols, and to act as temporary BOPs providing access to rations, logistics, and a place to stay. Staging camps will also reduce the distance between BOPs.

However, deteriorating weather conditions can restrict the supply of rations and medicines to troops. To address this problem, troops and essentials can be transported to ITBP staging posts via air, using rotary wing assets. The use of aerial assets will create greater flexibility in deployment, and consolidate the provision of mission material requirements, such as rations, bulk fuel, construction and medical materials, and repair parts. The Border Security Force’s (BSF) air arm, with both fixed and rotary wing assets, is a useful example. Unfortunately, the area guarded by the BSF is vast, with wide-ranging terrains, which precludes a sharing of its aviation assets with the ITBP.

For the ITBP, outsourcing wet-leasing to an agency authorised by the government could hold the answer. There are a number of aviation agencies that have been vetted and cleared by the government to operate helicopters for varying purposes. The ITBP could outsource its needs to one such agency, and seek both light and medium-lift helicopters for ‘post-to-post’ air maintenance. The medium-lift Russian MI-17 V5 in operation with the Indian Air Force (IAF) and the BSF would be an ideal fit. This variant can carry a maximum of 24 passengers or a light vehicle. It has a 4,000 kg internal payload capacity, or it can carry underslung loads weighing up to 3,000 kg. Their procurement from Russia should not pose major hurdles. Further, these aircraft have an extensive track record of operating in India’s border areas in similar roles.

In terms of personnel, the operator offering the service can use the vast pool of pilots fully trained in this same variant and familiar with the ITBP’s terrain, who may be seeking a second career option after completing their terms of engagement with the IAF and the BSF. India also has a large number of engineers and technicians, all formerly of the IAF, who are qualified in servicing this type of aircraft. This would facilitate seamless maintenance. An added incentive for the personnel would be the aircraft being stationed centrally in Delhi, with pilots and technicians deployed on a rotational basis. In addition to saving training costs, this approach also enables comparative advantages such as reduced time to meet missions, access to new mission capabilities, flexibility, proximity to finite resources, reduced liabilities, and improved quality.

Another option that could be explored is wet-leasing the Bell-407 light helicopter manufactured in the US, as this variant can facilitate the ‘post-to-post’ transfer of personnel, and is already in extensive use in India. This helicopter is capable of operating in extreme weather conditions including high-altitude areas, and carries a maximum payload of 1,089 kg. It can accommodate up to seven passengers. For emergency/air ambulance applications, the large cabin accommodates a stretcher patient and medical attendants, which would be ideal for casualty evacuation operations. There are a number of operators operating this variant who could also provide the requisite services to the ITBP.

Procuring these aircraft would have gains on the diplomatic front as well, in terms of India’s engagements with the US and Russia.

Leveraging private operators to meet the ITBP’s logistics requirements will bring several benefits to operational capability as well as troop morale. Utilising private airline capabilities for national security will facilitate the Indian armed forces’ aviation wings to focus on high-priority missions. Together, this will enable the ITBP to work with much greater flexibility.

*Gp Capt (Retd) A V Chandrasekaran is a defence and strategic expert based in Chennai. Dr Prakash Panneerselvam is Assistant Professor at the National Institute of Advanced Studies (NIAS), Bengaluru.

IPCS (Institute for Peace and Conflict Studies) conducts independent research on conventional and non-conventional security issues in the region and shares its findings with policy makers and the public. It provides a forum for discussion with the strategic community on strategic issues and strives to explore alternatives. Moreover, it works towards building capacity among young scholars for greater refinement of their analyses of South Asian security.