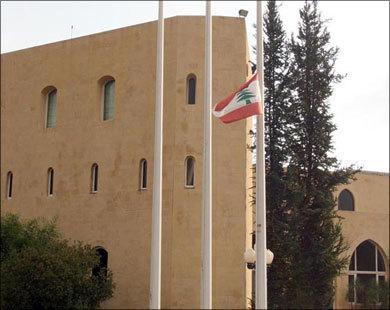 A war of words erupted Wednesday between the Presidency and parliament’s speakership in connection with Speaker Nabih Berri’s initiative to resolve the cabinet formation deadlock.

Responding to a statement issued earlier in the day, the Presidency said “it is really regrettable for Speaker Berri to say that the president does not have the right to get a single minister in the government.”

“This confirms that the real objective behind the campaigns against the president is to disable his role in the formation of the executive authority and in monitoring its work alongside the legislative authority,” the Presidency added.

It also said that the “campaigns” are aimed at “eliminating” the president from “shouldering the responsibilities that the constitution entrusts him with.”

“There was no need for Speaker Berri’s statement to realize that some have not yet forgiven the regaining of the (Christian) presence and role after the years of persecution and elimination between 1990 and 2005,” the Presidency added.

It also said that Berri’s statement contained “a single positivity” which is “the desire to maintain his initiative for facilitating the government’s formation.”

The Presidency, however, lamented that Berri’s statement strips him of the “mediator” role and turns him into a “party” who cannot claim to be acting “in the name of the Lebanese people.”

Parliament’s press office was quick to snap back at the Presidency’s statement.

“We want to believe what you said if you yourselves believe it,” the press office said.

“President Michel Aoun is the one who said that president Michel Suleiman had not been entitled to any ministerial portfolio. Let us go to a solution,” parliament’s press office added.

Parliament’s statement drew another response from the Presidency, which noted that ex-president Suleiman did not have a parliamentary bloc, unlike President Aoun, who is supported by “the biggest bloc in parliament.”