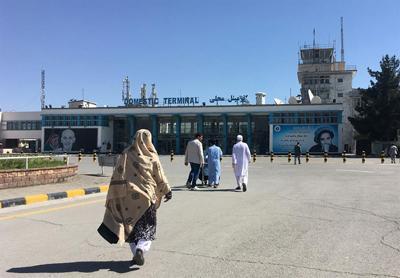 The United States on June 17 hailed a commitment by Turkey to secure Kabul’s airport, addressing one key area of concern amid fears the government will collapse once U.S. forces leave.

The agreement is likely to mark a new warming of U.S. relations with Turkey, a NATO ally whose relations had been fraught with President Joe Biden’s five-month-old administration.

Turkish President Recep Tayyip Erdoğan and Biden, meeting Monday on the sidelines of a NATO summit in Brussels in their first encounter since the U.S. election, had a “detailed discussion” about the fate of the airport, said Jake Sullivan, Biden’s national security advisor.

The two presidents “agreed that they would work together to make this happen,” Sullivan told reporters.

Erdoğan said Turkey needed “certain forms of support” and that Biden agreed to provide them, he said.

“The two of them tasked teams just to work out the final details. But the clear commitment from the leaders was established that Turkey would play a lead role in securing Hamid Karzai International Airport,” Sullivan said.

Sullivan, however, said the United States was also making contingency plans involving security contractors if the plans with Turkey fall through.

Biden has ordered the withdrawal of all U.S. forces from Afghanistan by this year’s 20th anniversary of the September 11 attacks that triggered the invasion, ending America’s longest war, with the president believing that no more can be achieved.

Turkey, as a Muslim-majority nation but also a member of the Western alliance, has played a key role in Afghanistan since 2001 including by sending troops in non-combat roles and, more recently, welcoming Taliban and government officials for talks on the country’s future.

On the eve of meeting Biden, Erdoğan told reporters that Turkey was “the only reliable country” to stabilize Afghanistan after the pullout.