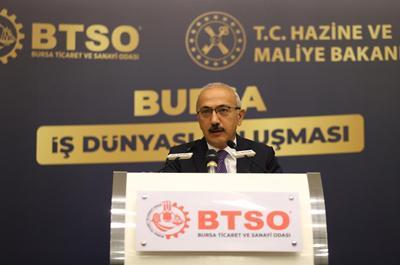 Turkey will never deviate from its inflation target for the sake of short-term gains, the country’s finance minister said on June 18. “The fight against inflation is at the center of all our policies,” Lütfi Elvan said at a meeting with businessmen in the northwestern province Bursa. “What matters to us is the sustainability and inclusiveness of growth,” he added. Turkey’s Central Bank on Thursday kept its one-week repo rate – also known as the policy rate – steady at 19%, for a third month after raising it by 200 basis points in March. The bank said in a statement that “high levels of inflation expectations continue to pose risks to the pricing behavior and inflation outlook.” In its April report, the bank raised the country’s year-end inflation forecast for this year to 12.2%, up from 9.4% in its previous report. Turkey’s annual inflation rate stands at 16.59% in May, down from 17.14% in April, according to the latest data from the Turkish Statistical Institute (TÜİK).