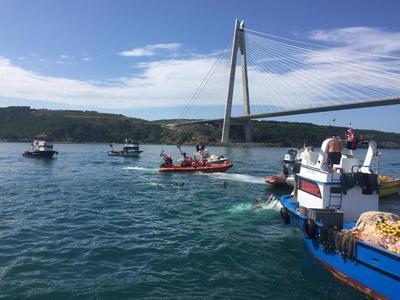 The coastal safety directorate said its units recovered the body of a Turkish national and rescued two injured people from the fishing vessel, one of whom died later.

The Marine Traffic website says the 180-meters-long (590-foot-long) container ship AS ROSAILA sailed under the flag of Portugal and was heading to Constanta in Romania.