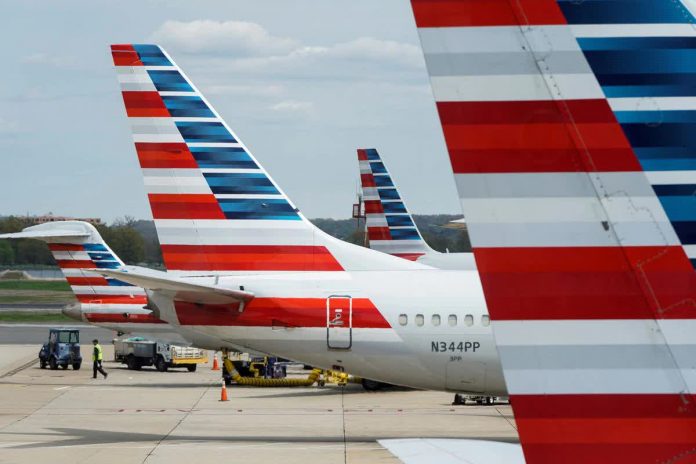 June 20 (Reuters) – American Airlines (AAL.O) on Sunday said it would cancel around 1% of its flights in July to serve a surprise uptick in travel demand at a time when the airline struggles with unprecedented weather and a labor shortage at some of its hubs.

American Airlines said the move would bring additional resilience and certainty to its summer operations.

“(We) feel these schedule adjustments will help ensure we can take good care of our customers and team members and minimize surprises at the airport,” the company said in a statement.

The airline said its cancellations were targeted at impacting the smallest number of customers “by adjusting flights in markets where we have multiple options for re-accommodation.”

The announcement was first reported by the WSJ.

Airlines and other transportation operators have seen a quick ramp up in demand as U.S. COVID-19 vaccination rates increased and travel restrictions lifted in recent weeks.

According to data from the U.S. Transportation Security Administration, nearly 50 million airport passengers were registered in May, up 19% from April. So far in June, the TSA has registered nearly 35 million air passengers.

American Airlines said the incredibly quick ramp up of customer demand also came at a time when bad weather caused multi-hour delays over the last few weeks, disrupting flight and crew work hours. The company said some of its vendors were also struggling with labor shortages, impacting the airline’s operations.

Reporting by Tina Bellon in Austin; Editing by Daniel Wallis