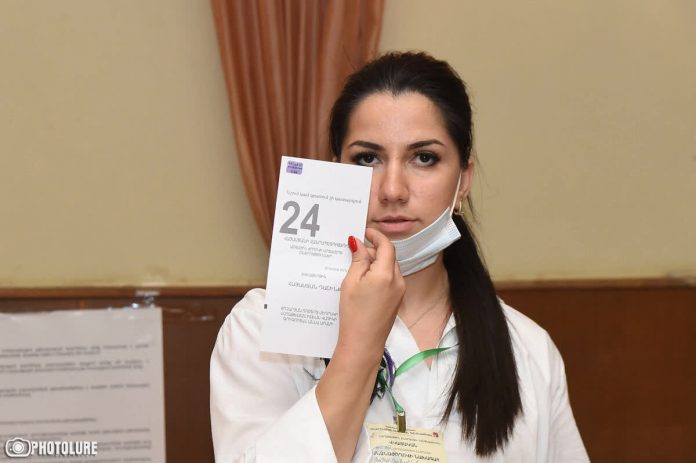 The Armenia Alliance led by second President Robert Kocharyan has issued a statement, saying the published election results are “highly controversial and do not inspire confidence.”

“They are in stark contrast to the various manifestations of public life we ​​have witnessed over the past eight months, to all the results of public opinion polls, including international ones, and finally, to common sense,” the Alliance stated.

It noted that the large gatherings of the opposition and the small number of people showing up at the meetings of the authorities during the election campaign, “the crisis of confidence in the country, indicated the existence of completely different public sentiments.”

“The most serious reason for the lack of trust are the hundreds of alarms coming from different polling stations on election day, which testify to the systematic, pre-planned falsification of the election results,” the Alliance said.

Taking into account the above, the Armenia Alliance says it will immediately undertake a deep and substantiated study of registered and alleged violations.

The Alliance says will not accept the election results until all the problematic issues have received comprehensive explanations and doubts have been dispelled.

The statement comes after the preliminary results published by the Central Electoral Commission put Nikol Pashinyan’s Civil Contract Party ahead with roughly 60% of the vote. Armenia Alliance comes second with nearly 19%.