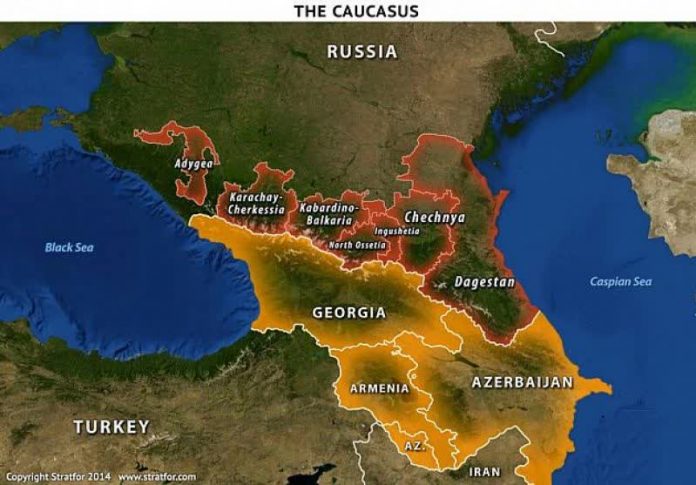 https://www.turan.az-“Platform of Six”, proclaimed at the Victory Parade in Baku on December 10 last year, this time was announced on June 15 in Shusha by the President of Turkey. And the fact that it was announced after the signing of the Shusha Declaration by Azerbaijan and Turkey means that Ankara takes into account the interests of neighboring states and does not want a conflict in the region. It is interested and insists on the implementation of this platform.How realistic is the implementation of this platform in the region?Political observer Nasimi Mammadli answers ASTNA questions about this topic.

Question: On June 15, in Shusha, Recep Tayyip Erdogan again spoke about regional development within the “Platform of Six” countries with the participation of Turkey, Azerbaijan, Russia, Iran, Georgia and Armenia. How do you assess the possibility of cooperation within this platform?

Answer: Not all states of the region are equally interested in regional cooperation. However, now everyone understands the need for such a format.

To resolve the conflicts existing in the region, achieve security, stability and development of the region, a format of broad regional cooperation is needed. Long-term cooperation with the OSCE, the Council of Europe, the European Union, NATO to resolve military-political conflicts in the post-Soviet space has not led to progress. In particular, the influence exerted by Russia on the republics of the South Caucasus has not weakened. Various possibilities of economic, trade and political cooperation are being considered in accordance with these realities. At the same time, the need arose for cooperation formats based, if not on long-term, then at least on a temporary coordination of regional interests.

At the same time, it became necessary to prepare for more global political and economic processes, geopolitical competition.

Question: The attitude of other countries to this platform is interesting, in particular Russia, Armenia and Iran, which are not interested in rapprochement between Azerbaijan and Turkey. Will they be loyal to this platform?

Answer: Now it is much more difficult to radically upset the balance that has gradually developed in the region. Even with a negative attitude towards this issue, they will have to come to terms with reality.

Russia is weakening both politically and economically. Russia understands that in the current conditions alone, without the participation of Turkey and Iran, it will not be able to withstand the competition with the West in the South Caucasus. On the whole, Russia is showing a cautious interest in creating a new balance and union with the states of the region for the sake of further stability in the Caucasus region. Keeping the West, represented by the United States, out of the region alone is difficult. Therefore, Russia is forced to come to terms with the presence of the countries of the region in the South Caucasus.

Even Iran will not refuse such regional cooperation. International sanctions exert social and political pressure on Iran, which does not want the military-political presence of foreign states on its north-western borders. Therefore, qualitatively new relations with traditional neighbors may be beneficial for Iran as well. At the same time, both Russia and Iran maintain strategic, military-political relations with Armenia. So the Turkish-Azerbaijani allied relations are not new for them.

The stumbling block here is the Armenian-Azerbaijani and Russian-Georgian contradictions. How exactly these contradictions will be resolved, we will find out in the near future.

Answer: The platform can be positively assessed, first of all, from the point of view of stability and security. In particular, it could create new opportunities for the settlement of conflicts in the region through negotiations. Economic and trade relationships with available resources can also have beneficial effects.

If you remember, in 1997 a regional organization called GUAM (Georgia, Ukraine, Azerbaijan and Moldova) was created. The purpose of this organization was to protect from Russia 4 post-Soviet countries striving for full membership in the Council of Europe for political reasons and security. However, later the fate of GUAM was not very successful. In particular, after Russia also became a full member of the Council of Europe, these states began to pursue more and more independent policies, and GUAM disappeared from the agenda.

Now, 30 years after the collapse of the USSR, the post-Soviet space is undergoing a process of restoring political interests, ensuring security, political, economic and other ties.

Answer: There are strong authoritarian regimes in the region. This is the reality. They have cooperated and will cooperate in one form or another. Even if this format does not exist, they will be able to provide each other with mutual support. In the event of a real threat to authoritarian regimes, it will not be easy to prevent it by the forces of regional associations. Such cooperation is not capable of neutralizing political pressure, economic sanctions from the United States and the West in general, especially against Russia and Iran. I see no particular cause for concern.

Question: The attitude of the West to this platform is also curious. There are Russia and Iran here, with whom the West has cool relations. It cannot be said that the West has very warm relations with Turkey either. The thaw in relations with Azerbaijan is just beginning. In addition, of the countries that are planned to be included in this platform, three are the countries of the Eastern Partnership of the European Union. What will be the attitude of the West towards this platform from this point of view?

Answer: One should not expect a warm attitude from the West to this platform. However, the creation of such a platform will not create special obstacles to the cooperation of the West with the countries of the region.

If, since the 1990s, Russia has increasingly dominated the region and Western Europe and the United States have participated in France, now new bilateral regional ties have emerged. Azerbaijan is in very close relations with Turkey and Georgia. These countries are sufficiently close politically and militarily and are strategic allies. Another strong state in the region is Iran, capable of influencing both Armenia and Azerbaijan, as well as Georgia. Therefore, tensions re-emerged in the region.

Just as Azerbaijan is in close relations with Turkey, so Georgia and Armenia are moving towards rapprochement with Western Europe. This is the main vector of their political strategy.

Until now, the United States has been far from special patronage of any state in the South Caucasus. In my opinion, the United States will adhere to this policy for the time being. However, it is hard to believe that the United States will indifferently watch the activity in the region of Russia and Iran, which they consider to be their main competitors. The same can be said about the attitude of the United States towards Turkey, relations with which have now cooled somewhat. At the same time, with the open and strong support of democratic processes, a new situation can be created.

Question: Erdogan noted that there has not yet been a positive signal from Tbilisi and Yerevan on this issue. And finally, how do you see this process and cooperation? Will this platform be implemented? How will difficulties have to be overcome for this to happen?

Answer: Erdogan, as one of the most influential leaders in the region, will try to achieve serious results in this process.

Perhaps even he will be able to reach a compromise with the Western allies in this direction, to convince the West of the promise of a new format of cooperation based on the temporary reconciliation of regional interests.

The proposed format of cooperation is complicated by many factors. On the one hand, Armenia has not yet abandoned its territorial claims to Azerbaijan. Russia violated the territorial integrity of Georgia. It is very difficult to move away from these issues and find an effective model of cooperation. But all the same, joint efforts to maintain peace and security in the South Caucasus are inevitable.