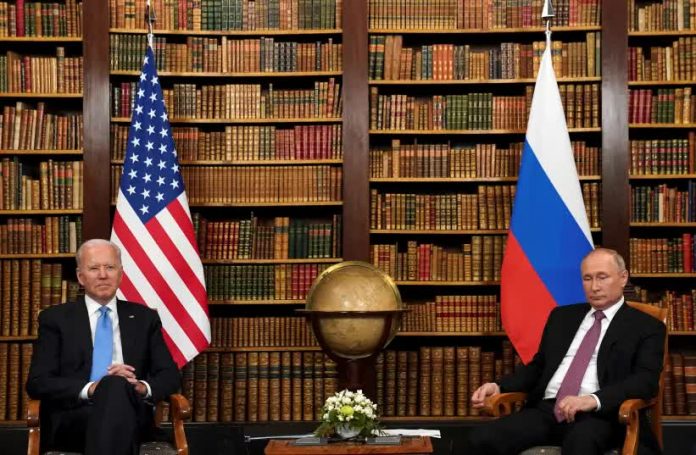 MOSCOW, June 21 (Reuters) – The Kremlin said on Monday it did not expect the United States to stop trying to “contain” Russia after a summit of their leaders, and that it was important for the two powers to be pragmatic amid talk of new U.S. sanctions.

Russian President Vladimir Putin and U.S. President Joe Biden met last week for a summit in Geneva that they both described as pragmatic rather than friendly. Ties are acutely strained.

“The president’s words about the constructive mood during the summit do not indicate that we have moved away from a sober assessment of our bilateral relations with the United States,” Peskov said.

“Pragmatism and sobriety are most important in these relations. And both suggest that the constructive, positive results of the summit absolutely do not indicate that the United States will abandon its policy of containing Russia,” he said.

Navalny was flown to Germany in August last year after being poisoned with what German doctors said was the Soviet-era military-grade nerve agent Novichok. Russian authorities have repeatedly denied any wrongdoing.

The two countries were set to discuss “normalising” the work of their respective embassies, the foreign ministry said on Monday.

Russia’s ambassador to the United States, who had been out of Washington for months, returned on Sunday following the summit.