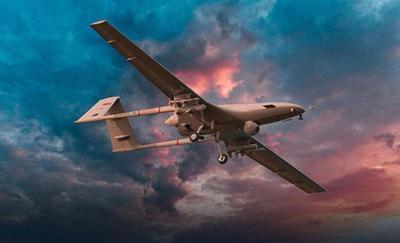 Responding to reporters’ questions on the sidelines of the Antalya Diplomacy Forum, Dmytro Kuleba said Ukraine is buying Turkish drones “because Turkish drones are very good.”

“Drones are needed to deter Russia so that Russia thinks twice, before planning, any escalation or any large-scale attack on Ukraine,” Kuleba added.

On Biden’s visit to Europe and NATO summit, he said Washington and Kyiv were in close contact over US President Joe Biden’s meeting with Russian President Vladimir Putin.

“President Biden spoke with (Ukrainian) President (Volodymyr) Zelensky to coordinate positions on the eve of his participation in the NATO summit, but also in his meeting with President Putin,” he said.

He said he received a call from Victoria Nuland from the US State Department on the next day of the Biden-Putin meeting on June 16, adding: “We are satisfied with the level of trust and transparency that exists between us and Washington.

“My impression from the conversations is that the level of trust, to what President Putin said, is very low,” he said.

On Biden’s visit to Europe, he said: “We are satisfied with the fact that as President Biden coins that America is back, that America shows great interest in ensuring security in Europe”.

On Ukraine’s NATO membership, the top Ukrainian diplomat said the alliance did not make a “single move” to implement a decision taken in 2008 in Bucharest.

“Back in 2008, the alliance in Bucharest said very clearly that Ukraine and Georgia will become members of NATO,” he reminded.

Adding that Ukraine has made many reforms especially after the 2014 revolution, he said: “Ukraine before 2014, and after 2014, are two different countries.”

The recent NATO summit reiterated that Ukraine will be a member of NATO, according to Kuleba, but he also noted that “the alliance did not give any single hint on the timeline of the process.”

Ankara and Kyiv “cooperate very closely” on the issues related to Crimean Tatars, he stressed, saying the Crimean Platform Summit will take place on Aug. 23.

“As of now, we have many confirmations for participation in the summit at the level of heads of state, government, and foreign ministers. We’re still expecting more,” he said.

On the free trade deal negotiations between Turkey and Ukraine, he said both countries are “one step away from finalizing negotiations,” although describing it as the “most difficult step.”