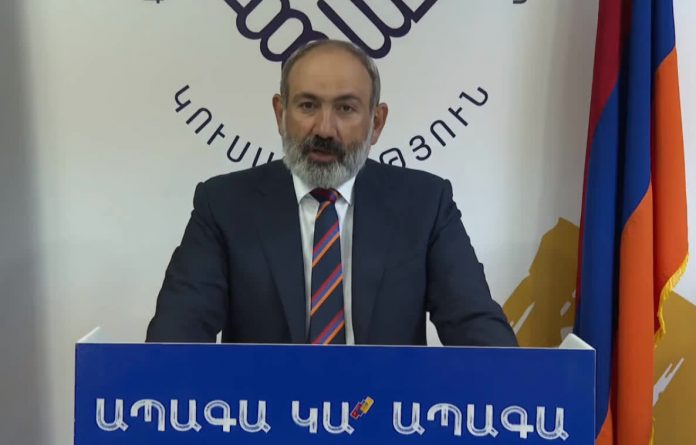 “The Armenian people carried out a second revolution within the past three years. If the first one was a non-violent velvet revolution, the second one is again democratic, but a ‘steel revolution’,” Pashinyan said, speaking at the Civil Contract headquarters after the preliminary results put his party ahead with nearly 60% of the vote.

He pledged to fulfil all agreements reached during the election campaign.

Pashinyan noted that the page of election fraud is now closed. He thanked the Police, the National security Service for preventing cases of bribery and other violations.

Nikol Pashinyan invited supporters to the Republic Square on Monday to hand over the “steel mandate” to the Prime Minister-elect and his team.

He also thanked international partners – Russia, the US, the EU, France, Iran, Georgia and others for supporting Armenia on its difficult path.