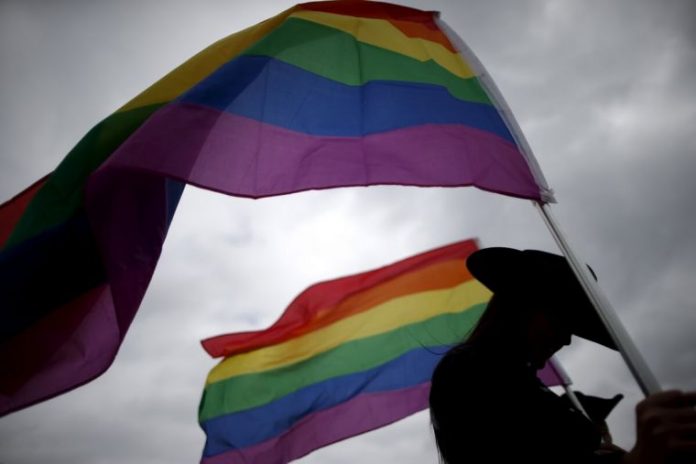 Turkey’s ruling government is agitating against the country’s LGBT community in a bid to rebuild polarise society further for political gain, researcher Tunay Altay wrote in Bianet on Saturday. Altay uses the authorities’ rhetorical and police responses to the protests at Bogazici University that began in January to illustrate how the state is fostering animosity against LGBT Turks. The protests, which began against a government-appointed rector at Turkey’s most prestigous sparked an official backlash aimed at the community. President Recep Tayyip Erdogan remarked that “There was no such thing as LGBT” and compared the protests to terrorists. Others, including coalition partner and head of the Nationalist Movement Party (MHP) Devlet Bahceli, attacked opposition politicians who stood up for LGBT protestors in Turkey or who criticsed the crackdown on the university. According to Altay, the AKP-MHP stance of “political homophobia” draws parallels to the politicalisation of other groups opposed by the government from secularists and Kurds to feminists. The purpose, he contends, is to rile up socially conservative voters amidst sagging political ratings that are the result of economic mismanagement, political scandals and the COVID-19 pandemic. “Understanding political homophobia as a calculated political maneuver, it is probable that the coalition aims to rekindle their popularity among voters by binding ideas about (hetero)sexuality with easily exploitable symbols about religion, morality, and nationalism,” said Altay. The campaign against the LGBT community also serves a secondary purpose of creating a wedge to fracture the Turkish opposition, said Altay. He writes that if the opposition fails to properly respond by advocating for the defence of the community’s rights, it will hurt them politically too. “If the opposition parties do not defend LGBTQ rights, they become failed human rights defenders and risk losing the support of Turkey’s liberals and pro-democracy voters, who are vital if the opposition is to obtain power,” said the researcher. https://bianet.org/english/politics/245876-turkey-s-islamist-ultra-nationalist-coalition-government-and-panic-over-lgbtq-symbols