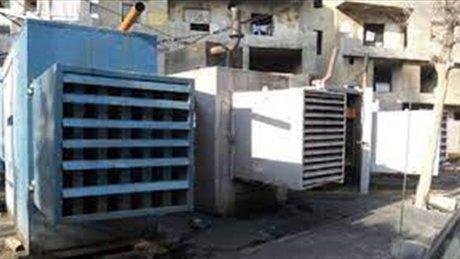 The head of the Association of Generator Owners in Lebanon, Abdo Saade, warned Wednesday that “the country’s situation has become dangerous with the disappearance of the diesel substance from the market, which has started to cause generator shutdowns.”

“The owners of private generators in all Lebanese regions are stressing their inability to continue operating the generators due to the diesel shortage,” Saade said, criticizing the Energy Ministry for “withholding the substance from the sons of the nation, in the corridors of political interests and goals, without caring for the plight and pain of citizens.”

He cautioned that “this alarming situation has started affecting all fields” and that “it might sometimes have deadly consequences, when patients’ ventilators stop due to the absence of the state power supply and also the electricity provided by private generators.”

Saade also gave an example about the difficult situation, noting that the shutdown of the Foreign Ministry’s generators on Wednesday due to the diesel shortage had led to the obstruction of citizens’ paperwork.

Angry protesters in Sidon meanwhile blocked several key roads to express their frustration over power cuts and the shutdown of private generators in the city. They also protested the economic and financial crises and the dire situations in the country.

The protests started after a private generator operator halted power supply to subscribers at 3:00 am after he ran out of diesel.

Power outages have sharply increased in recent weeks in connection with the country’s financial and economic crisis. Private generator operators, who typically have made up for a patchy national power grid, had also started to ration their services in recent weeks, leaving neighborhoods in total darkness for hours.

Officials have blamed the current fuel shortages on stockpiling by traders and a surge of fuel smuggling into Syria.

Several people have been arrested on suspicion of smuggling in recent weeks, according to the Internal Security Forces.

The central bank has set up a mechanism to subsidize fuels by up to 85 percent, but fuel importers have accused it of failing to implement the program.

The head of public internet provider Ogero has warned that electricity cuts could also threaten Lebanon’s access to the web.