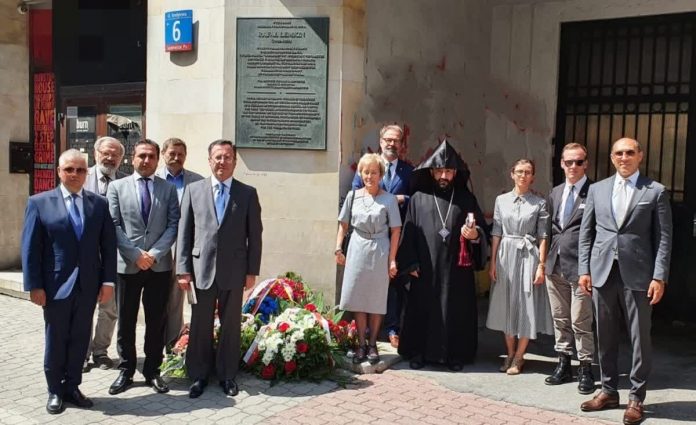 On June 24, on behalf of the Armenian Embassy in Poland, Ambassador Samvel Mkrtchyan laid a wreath at a memorial plaque to Raphael Lemkin, a Polish lawyer who coined the term “genocide” and was the man behind the UN Convention on the Prevention and Punishment of the Crime of Genocide.

The attendees reflected on the activities of the Polish lawyer of Jewish origin, praised his contribution to raising awareness about the Armenian genocide and promoting its international recognition.