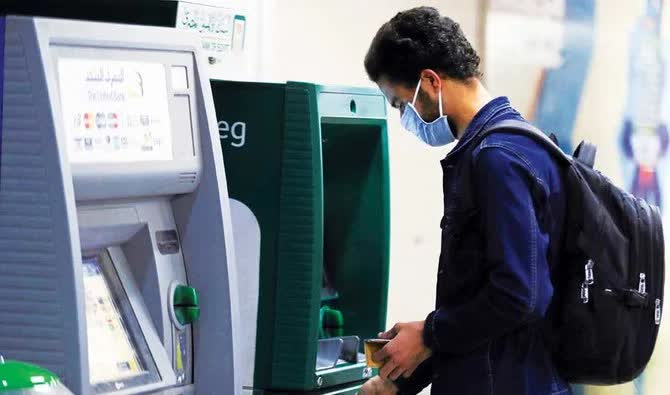 CAIRO: New legislation and regulatory changes in Egypt are set to unleash a surge in new fintech investments and change the way the country’s largely unbanked citizens do business, industry players say.
Fintech innovation in Egypt has trailed other emerging market powerhouses such as China, India, Kenya and Indonesia, a situation the industry hopes the new legal environment will change.
One innovator is MNT NV, a microfinance lending and payments company with more than a million active customers and a 21.7 percent market share. It has just completed a share swap to take over fintech company
Halan Inc., Mounir Nakhla, a cofounder of both firms, told Reuters. The deal had not previously been reported.
MNT-Halan is Egypt’s first private nonbank company to be licensed by the central bank to operate a digital wallet, a mobile telephone application that allows consumers, vendors, lenders and borrowers to transfer money, pay bills, buy goods on installment, secure loans and make other transactions.
MNT is marrying its large base of unbanked users with electronic technology, hoping to place itself at the forefront of a digital transformation.

In September, the government passed a new law governing the central bank with provisions allowing it to give out banking licenses to fintech firms.

“What we’re going to do will be revolutionary, I believe. We have the reach, the technology and the capacity to scale,” said Nakhla, who created the first of a series of startups in 2010.
MNT has attracted $50 million from venture capital funds and other investors, and hopes to raise more capital soon.
MNT will also leverage more than a hundred warehouses and distribution points it has around Egypt and a fleet of vehicles to deliver products ordered online the same day.
In September, the government passed a new law governing the central bank with provisions allowing it to give out banking licenses to fintech firms, said Mohamed Essam, a fintech specialist at the law office of Matouk, Bassiouny and Hennawy.
A second law for the Financial Regulatory Authority (FRA) and governing nonbanking fintech such as nano-finance, consumer tech and insurance tech is in parliament and due to be finalized in the coming months.
“Suddenly in two years we have the new central bank law, regulations for wallets,” and soon the FRA law, Essam said.
“We believe that within the next few months or couple of years we will see a big bang in fintech.”