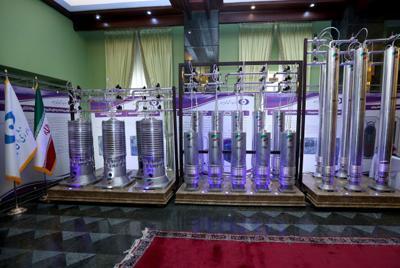 Earlier, Iran’s Press TV reported that a “hostile” attempt to target a building of the Atomic Energy Organisation of Iran (AEOI) had occurred early on Wednesday, but “did not result in any casualties or damage owing to tight security precautions adopted following similar acts of sabotage against Iranian nuclear sites and scientists”.

Substantial damage had been inflicted on one of the buildings of Iran’s Atomic Energy Organisation (IAEO) as a result of a sabotage operation, despite Iranian officials earlier denying this was the case, reported The Jerusalem Post.

The outlet indicated that it was unable to independently confirm the information pertaining to the incident, which is currently said to be under investigation by Iranian authorities.

Iranian opposition sources also reported an attempted attack conducted with small drones on a facility used in the construction of centrifuges needed to enrich uranium, according to The Times of Israel. The incident caused damage to the facility, according to unsourced reports in Hebrew media that could not be independently confirmed.

“Investigations are ongoing to identify the perpetrators and determine the facts surrounding the incident,” added Nournews.

On 23 June Iranian Mehr News Agency reported that a failed attempt had taken place to sabotage a building at the AEO. The quadcopter that was purportedly used in the incident was eventually shot down, added local media.

A drone attack targeting the Barakat Pharmaceutical Industries complex in Karaj, which is working on a COVID-19 vaccine, was reported earlier on Wednesday by Iran’s ILNA news agency.

However, information regarding the incident was subsequently removed from the website, with ILNA editor Fatemeh Mahdiani tweeting that a security agency had informed them that the target of the attack was the AEO building. The agency had added that no damage had been caused.

The country’s Press TV reported that “the hostile attempt occurred on early Wednesday, but did not result in any casualties or damage owing to tight security precautions adopted following similar acts of sabotage against Iranian nuclear sites and scientists”.

​The current situation is reminiscent of events in April 2021, when Tehran announced that the Natanz facility was hit by “sabotage”, shortly after it unveiled its new centrifuges and devices purportedly used for uranium enrichment. Tehran blamed the incident on Israel, which didn’t deny the allegations.

Current “sabotage” reports come against the backdrop of ongoing efforts to resurrect the 2015 Joint Comprehensive Plan of Action (JCPOA) – also known as the Iran nuclear deal – that had relieved Tehran from Washington’s sanctions.

However, the Trump administration unilaterally scrapped the JCPOA in 2018, pronouncing it “rotten” and saying that he would reimpose economic sanctions. Iran responded by announcing that it would start uranium enrichment beyond the 3.67% limit agreed upon under the deal. According to the International Atomic Energy Agency (IAEA), by the end of May, Iran had exceeded its enriched uranium stockpile limit more than 16-fold.

Iran and other participants of the Joint Comprehensive Plan of Action (JCPOA) have agreed during negotiations in Vienna that over 1,000 US sanctions, imposed on Tehran during the tenure of ex-US President Donald Trump, will be lifted, Mahmoud Vaezi, the Iranian president’s chief of staff, said on Wednesday.

“The talks have made good progress. The lifting of sanctions on all economic issues has been agreed upon. At the moment, an agreement has been reached on banking, insurance, oil and shipping. All this has already been agreed upon. About 1,040 Trump-era sanctions will be lifted based on the agreement … An agreement was reached to lift the embargo on persons and apparatus belonging to the administration of the supreme leader of the country,” Vaezi said at a press conference.

Ebrahim Raisi, president-elect of Iran, during his first press conference earlier on Monday said that Iran will continue to engage in talks regarding the revival of the nuclear accord, but stressed that the country’s diplomacy will not be limited to the deal.

“We do not intend to negotiate a nuclear deal if they do not ensure the interests of our country,” the president-elect added.