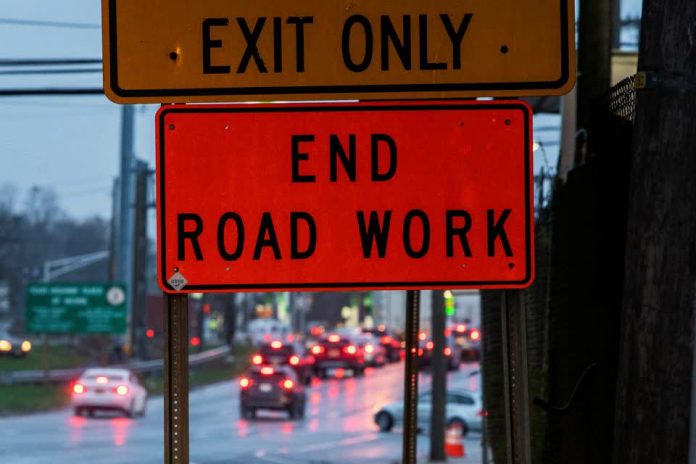 WASHINGTON, June 23 (Reuters) – A bipartisan group of U.S. senators said on Wednesday it had reached a deal on a “framework” for an infrastructure spending bill and planned to discuss it with President Joe Biden on Thursday, although cautioning that unresolved issues remained.

​ “We came to an agreement on a plan that we have and we’re just going to try to wrap it up tomorrow,” a Democratic negotiator, Joe Manchin, said after the group met with White House officials.

The White House said the meeting had been productive.

“The group made progress towards an outline of a potential agreement, and the president has invited the group to come to the White House tomorrow to discuss this in person,” White House spokeswoman Jen Psaki said.

Passing a bill to rebuild roads, bridges and other traditional infrastructure is a major priority for the Democratic president.

Biden, seeking to fuel growth and address income inequality after the coronavirus pandemic, initially proposed about $2.3 trillion be spent on a broad definition of infrastructure, including fighting climate change and providing care for children and the elderly.

The White House trimmed the offer to about $1.7 trillion in an unsuccessful bid to win the Republican support needed for any plan to get the 60 votes required to advance most legislation in the evenly split 100-seat Senate.

After rejecting a Republican counteroffer just over two weeks ago, the White House turned its attention to the bipartisan group of 21 senators, or “G-21.”  That group has been working on a $1.2 trillion, eight-year bipartisan infrastructure plan.

Several members of the G-21 said a framework had been agreed upon, although some details needed to be ironed out.

A team of White House officials met during the afternoon with the nine Democrats, one independent and 11 Republicans in the Senate, before sitting down with Senate Majority Leader Chuck Schumer and House of Representatives Speaker Nancy Pelosi, the top Democrats in Congress.

Manchin told reporters the White House team had signed off on the proposed framework.

Democratic Senator Mark Warner, another member of the negotiating group, said the framework was “much sturdier” than a previously announced one by a smaller group of 10 senators.

A major sticking point in the negotiations had been how to pay for the investments. Manchin said the framework encompassed a “long list” of so-called pay-fors and that all new spending would be offset with provisions to cover it, but he offered no specifics.

“We have a good balanced group of pay-fors. That was important to both sides. I will say in good faith we tried to get there. We didn’t agree on everything but we were able to get there,” Republican Senator Rob Portman, another negotiator, told reporters.

Biden has pledged not to increase taxes on Americans earning less than $400,000 a year, while Republicans are determined to protect a 2017 cut in corporate taxes.

Schumer has said he plans to hold a July vote on a bipartisan infrastructure bill and follow up in the autumn with a second Democratic-only measure.

The second bill, which Democrats could pass with the help of a tie-breaking vote by Vice President Kamala Harris, would include significant additional spending on unconventional infrastructure programs, such as home healthcare for the elderly and others. That maneuver would require all 48 Democrats and the two independents who caucus with them to agree.