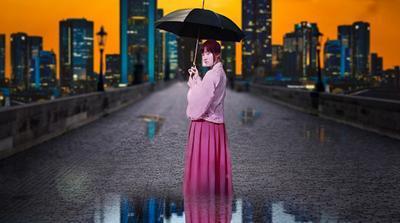 Climate change is a grave challenge for global governance and human survival. Yet due to the exorbitant cost of reducing carbon emissions, few powers have demonstrated political and economic leadership until recently, when a number of major carbon emitters — the United States, China, the European Union, Japan and South Korea — announced their carbon neutrality pledges. The European Union first committed to carbon neutrality, which might have spurred others to follow suit.

China is the world’s largest carbon emitter, accounting for about 28 per cent of global emissions. Beijing has been in a defensive mode since the 2009 Copenhagen Climate Summit when it came under increasing international scrutiny and pressure for its fast-growing greenhouse gas emissions. China and the United States — the latter being the world’s second largest emitter — have long used the other’s inaction as an excuse for not capping their own domestic emissions.

But since President Xi Jinping came to power, due to the urgency of the global climate crisis and China’s domestic pollution situation, the country began pondering aggressive mitigation commitments and sought cooperation with the United States.

At the 2015 Paris climate summit, China pledged to peak its emissions by 2030, deviating from its decade-long insistence on the principle of ‘common but differentiated responsibilities’ — used by China and many developing countries to bargain for exemptions from quantitative emission cutting obligations. Xi visited the United States in September 2015 and signed a joint statement on climate change with then US President Barack Obama to forge consensus before going to Paris.

Such cooperation was disrupted by the Trump administration’s suppression of climate science and abandonment of climate action. In 2021, Xi resumed climate cooperation by attending a virtual climate change summit hosted by US President Joe Biden, after US Special Presidential Envoy for Climate John Kerry met his counterpart Xie Zhenhua in Shanghai. This collaboration may open up a bilateral dialogue to formulate concrete action between the two countries, which bodes well for the November 2021 UN climate summit in Glasgow.

With rising emissions, China is still not ready to take up global climate leadership. Yet top leaders view China’s high-profile pledges as an effective tool to demonstrate that China is a responsible big power (fu ze ren da guo) that one day may assume global leadership. President Xi, the most powerful Chinese leader since Mao Zedong, called for China to ‘lead the reform of the global governance system’ and to transform institutions and norms in ways that reflect Beijing’s values and priorities. China understands that its acceptance of international environmental norms and support of the Paris agreement can enhance its soft power.

China’s climate cooperation with the United States, the European Union and other powers is essential for the country to improve its image and, potentially, to seek international influence or leadership in the long run.

China’s most prominent card for third world diplomacy is its Belt and Road initiative (BRI), which emphasises large-scale infrastructure building, financial cooperation and trade facilitation. When the BRI is combined with China’s climate effort, more investment will be tilted towards infrastructure relating to climate change adaptation and mitigation, including facilities in water supply, public health, coastline protection and renewable power generation.

Due to concerns about its growing emissions and coal-dominated energy structure, many doubt China’s capacity to be a world climate leader. But China has gradually taken the lead in developing renewable energies and the carbon trading business. China is a leader in global renewable power generation and related equipment manufacturing, with its share in global wind turbine production and solar panel manufacturing surging to 45 and 72 per cent, respectively.

From 2010–20, China’s installed wind capacity increased nine-fold, from 31 to 280 GW, while from 2015–20, solar expanded six-fold, from 42 to 250 GW. The costs for solar, wind and battery storage have dropped markedly since 2010 and are expected to continue declining in the near future, so it is realistic for China to continue replacing coal-fired power plants with renewable energy projects on a large scale. The BRI strategy encourages Chinese enterprises to install renewable energy facilities in the developing world.

China is expected to spend more lavishly on the research and development of clean energy and other green technologies in the future. The country’s carbon neutrality plan is estimated to require some US$15 trillion in investment over the coming 30 years.

Over the years, China has gained enormous know-how and revenue through participating in the Clean Development Mechanism, a UN emissions trading scheme that allows an industrialised country with an emission-reduction commitment under the Kyoto Protocol to implement an emission-reduction project in developing countries.

Additionally, China will launch a nationwide carbon trading market in Shanghai by June 2021. It will help China play a leading role in global carbon trading and financing — an indispensable part of its quest for global climate leadership. In the long run, China may welcome foreign players, including those from the United States and Europe, to trade carbon reduction credits on this platform.

For a long time, major powers used others’ inaction as an excuse for not capping their own domestic emissions. Now, in the pursuit of global influence and leadership, great powers are raising self-imposed mitigation targets to show international responsibility and soft power. On the one hand, China and western countries will continue to compete in renewable and other green technology sectors, while on the other, they may have to cooperate, or at least reach consensus, on key mitigation and adaptation imperatives to control emissions and save the planet.

*About the author: Chen Gang is Assistant Director and Senior Research Fellow at the East Asian Institute, National University of Singapore.

East Asia Forum is a platform for analysis and research on politics, economics, business, law, security, international relations and society relevant to public policy, centred on the Asia Pacific region. It consists of an online publication and a quarterly magazine, East Asia Forum Quarterly, which aim to provide clear and original analysis from the leading minds in the region