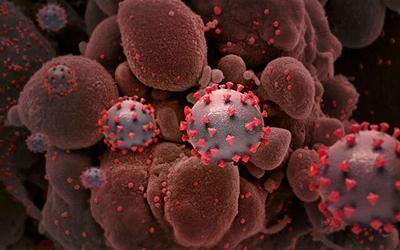 Scientists using computer modeling to study SARS-CoV-2, the virus that caused the COVID-19 pandemic, have discovered the virus is most ideally adapted to infect human cells—rather than bat or pangolin cells, again raising questions of its origin.

In a paper published in the Nature journal Scientific Reports, Australian scientists describe how they used high-performance computer modeling of the form of the SARS-CoV-2 virus at the beginning of the pandemic to predict its ability to infect humans and a range of 12 domestic and exotic animals.

Their work aimed to help identify any intermediate animal vector that may have played a role in transmitting a bat virus to humans, and to understand any risk posed by the susceptibilities of companion animals such as cats and dogs, and commercial animals like cows, sheep, pigs and horses.

The scientists, from Flinders University and La Trobe University, used genomic data from the 12 animal species to painstakingly build computer models of the key ACE2 protein receptors for each species. These models were then used to calculate the strength of binding of the SARS-CoV-2 spike protein to each species’ ACE2 receptor.

Surprisingly, the results showed that SARS-CoV-2 bound to ACE2 on human cells more tightly than any of the tested animal species, including bats and pangolins. If one of the animal species tested was the origin, it would normally be expected to show the highest binding to the virus.

“Humans showed the strongest spike binding, consistent with the high susceptibility to the virus, but very surprising if an animal was the initial source of the infection in humans,” says La Trobe University Professor David Winkler.

The findings, originally released on the ArXiv preprint server, have now been peer reviewed and published in Scientific Reports.

“The computer modeling found the virus’s ability to bind to the bat ACE2 protein was poor relative to its ability to bind human cells. This argues against the virus being transmitted directly from bats to humans. Hence, if the virus has a natural source, it could only have come to humans via an intermediary species which has yet to be found,” says Flinders affiliated Professor Nikolai Petrovsky.

The team’s computer modeling shows the SARS-CoV-2 virus also bound relatively strongly to ACE2 from pangolins, a rare exotic ant-eater found in some parts of South-East Asia with occasional instances of use as food or traditional medicines. Professor Winkler says pangolins showed the highest spike binding energy of all the animals the study looked at—significantly higher than bats, monkeys and snakes.

“While it was incorrectly suggested early in the pandemic by some scientists that they had found SARS-CoV-2 in pangolins, this was due to a misunderstanding and this claim was rapidly retracted as the pangolin coronavirus they described had less than 90% genetic similarity to SARS-CoV-2 and hence could not be its ancestor,” Professor Petrovsky says.

This study and others have shown, however, that the specific part of the pangolin coronavirus spike protein that binds ACE2 was almost identical to that of the SARS-CoV-2 spike protein.

“This sharing of the almost identical spike protein almost certainly explains why SARS-CoV-2 binds so well to pangolin ACE2. Pangolin and SARS-CoV-2 spike proteins may have evolved similarities through a process of convergent evolution, genetic recombination between viruses, or through genetic engineering, with no current way to distinguish between these possibilities,” Professor Petrovsky says.

“Overall, putting aside the intriguing pangolin ACE2 results, our study showed that the COVID-19 virus was very well adapted to infect humans.”

“We also deduced that some domesticated animals like cats, dogs and cows are likely to be susceptible to SARS-CoV-2 infection too,” Professor Winkler adds.

The extremely important and open question of how the virus came to infect humans has two main explanations currently. The virus may have passed to humans from bats through an intermediary animal yet to be found (zoonotic origin), but it cannot yet be excluded that it was released accidently from a virology lab. A thorough scientific, evidence-based investigation is needed to determine which of these explanations is correct.

How and where the SARS-CoV-2 virus adapted to become such an effective human pathogen remains a mystery, the researchers conclude, adding that finding the origins of the disease will help efforts to protect humanity against future coronavirus pandemics. 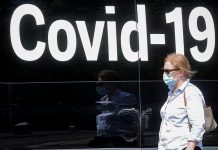 How the Delta variant upends assumptions about the coronavirus 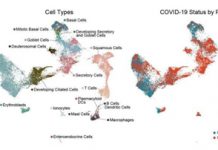 Why do some people get severe COVID-19? The nose may know

A coming wave of diabetes? The link with COVID-19