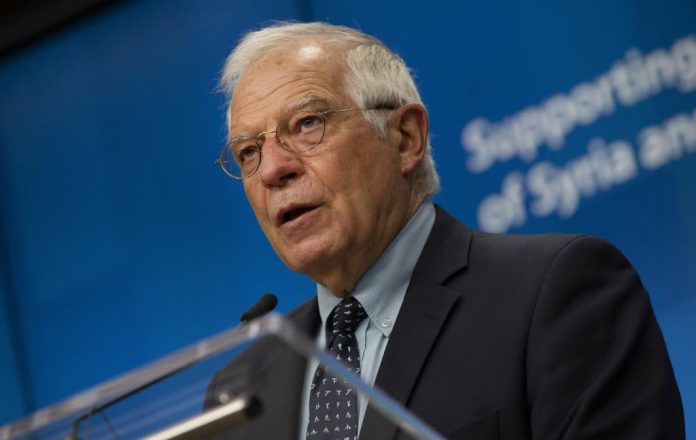 EU High Representative for Foreign Affairs and Security Policy/Vice-President of the European Commission Josep Borrell has responded to a written question sent by Member of the European Parliament Costas Mavrides on EU position and the steps the Union is willing to take about the so-called Azerbaijani ‘Trophy Park,’ the European Armenian Federation for Justice and Democracy (EAFJD) informs.

The park is a provocative exhibition of war trophies organized by the Azerbaijani Government in Baku, showing confiscated or destroyed Armenian machinery, equipment and armaments during the 2020 war, displaying the helmets of Armenian soldiers killed in the war and degrading wax mannequins of Armenian military personnel.

Mr. Borrell said “the EU is aware of the Military Trophy Park opened on 12 April 2021 in Baku” and added that Azerbaijan “must avoid fueling animosity and hatred.”

“The EU believes that in processing the recent history, countries should be mindful about human dignity and good neighborly relations, and seek to promote reconciliation and avoid fueling animosity and hatred. This is what the EU expects and the message has been publicly passed,” the High Representative said.

“While we welcome the stand of the EU on this issue, we would like to remind that the so-called Azerbaijani “Trophy Park” is nothing but another demonstration of decades-long state policy of Armenophobia in Baku. Unfortunately, thanks to the xenophobic regime of Baku, the sentiment of hatred towards anyone or anything Armenian is now anchored deeply in the Azerbaijani society, including children, teenagers and army men, which led to well-documented war crimes against the Armenians of Artsakh,” EAFJD said.

“The EU must take more concrete actions and use political pressure at the highest level in order to prevent the spreading of anti-Armenian hatred and racism by the Azerbaijani Authorities. And this begins by releasing all the Armenian POWs (Prisoners of War) and shutting down the so-called park of trophies,” it added.