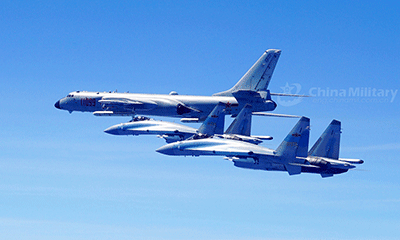 The Biden administration has sustained its predecessor’s ‘tough on China’ attitude toward Beijing, continuing the trade and tech wars, increasing military aircraft and naval deployments in the East and South China Seas and around Taiwan, and accusing the PRC of human rights abuses and ‘genocide’. China has called on the US to stop meddling.

Former US Marine and Marine Corps advisor Franz Gayl – the whistleblower who was suspended, reprimanded and stripped of security clearances in the mid-to-late 2000s for informing Congress and the media on the Pentagon’s failure to protect US troops in Iraq only to be later vindicated, is in trouble again after penning a pair of op-eds in China’s Global Times newspaper warning Biden of the threat of war with Beijing over Taiwan.

Gayl, who received praise by a bipartisan group of senators, including then-Senator Joe Biden, for his Iraq whistleblowing activities and the lives they saved, penned two pieces in the Chinese paper in late April and late May, the first entitled ‘Why US will lose a war with China over Taiwan island’, and the second called ‘US ‘othering’ of Chinese could be prelude to Taiwan conflict’.

In the pieces, the 64-year-old retired Marine outlined Beijing’s historically-backed claims to Taiwan as part of a united China, and blasted the island’s ruling Democratic Progressive Party’s “independence hubris,” which he suggested was being “fueled by US cabinet-level China hawks and Congress’ bipartisan, bicameral Taiwan Caucus.”

Gayl argued that the Taiwan-related interests of US lawmakers – most of whom he pointed out had never served in the military, were “deeply conflicted” and “corrupt,” and connected to a relationship with defence lobbyists and industry contributions. He also warned that America has never yet had to to pay an “existential price for violating another nation’s sovereignty,” but that because Taiwan was a core Chinese priority, the US’s “smug sense of military invincibility…would be a fatal miscalculation.”

In his latest piece – a letter published on LinkedIn addressed directly to President Biden, Gayl urged the president not to allow himself to be pulled into a war, reiterating his view that the congressional Taiwan Caucus was “motivated by the political, financial, and ideological benefits arising from preparation for and war with China,” and not America’s national security interests.

“If by accident or by design the Chinese civil war reignites and threatens to escalate,” the US should “refrain from militarily intervening,” he stressed, adding that America “should learn from our history in Southeast Asia and not shed American blood for another lost cause.”

Gayl’s op-eds were first blasted by US mainstream media, with the Jeff Bezos’-owned Washington Post and Newsweek shaming him for writing in the Global Times, which WaPo called a “hyper-nationalistic” newspaper. WaPO and others went onto suggest that “some commentators” consider Gayl’s actions to be “treasonous,” and the whistleblower himself said he has been called a “Beijing mouthpiece, a Communist and a traitor,” since the op-eds’ publication.

To add insult to injury, Gayl is now facing a counterintelligence investigation by the Naval Criminal Investigative Service – the agency in charge of investigating potential crimes involving the Navy and the Marine Corps, with his security clearances again pulled on 1 June. The details of the probe have not been made public.

Gayl refused to retract or apologise for the pieces. In a statement, the Marine indicated that he has been studying the Taiwan issue since 2005, and stressed that his interests were about protecting his fellow servicemen and women. “As a Marine of over 40 years, I do not want to see fellow Marines and American patriots harmed for another cause that lacks both justification and a path to victory. I am also fulfilling a condition of my federal employment by reporting policy corruption that threaten our nation with grievous harm,” he insisted.

In an interview with Newsweek, Gayl explained that he submitted his opinion pieces to the Global Times “as a last resort” because they were rejected by other outlets, and added that he wrote them for free. The whistleblower said he found it “predictable” that he was forced to pay the price for his pieces, including through the suspension of his security clearances and the counterintelligence investigation.

Beijing also blasted the Pentagon over the probe, with a foreign ministry spokesman recalling last week about how the US loves to boast about “its so-called freedom of speech, order, fairness and justice,” while investigating the former Marine “for publishing two articles that are inconsistent with the US government’s stance.”

Taiwan was added to the long list of reasons for China-US tensions immediately following President Biden’s inauguration in January, after Washington invited de facto Taiwanese ambassador to the US Hsiao Bi-khim to attend the ceremony. The White House has reiterated the US’s diplomatic and security commitments to the island, and pledged additional military assistance to Taiwan’s defence forces. The Pentagon has also doubled its reconnaissance flights in the South China Sea, and beefed up ‘freedom of navigation’ patrols through the Taiwan Strait, to Beijing’s annoyance.

China has warned that it would “never tolerate attempts to seek independence or wanton intervention in the Taiwan issue by foreign forces,” and dramatically escalated its own aerial patrols in the Taiwan Strait and inside Taipei’s so-called Air Defence Identification Zone (ADIZ), which it does not recognise.

This week, Chinese Defence Minister Wei Fenghe reiterated that Taiwan was an “integral part of the People’s Republic of China” which the Chinese military would “never allow…to be ripped away.”

Pentagon officials have been debating amongst themselves on the alleged dangers of a war over Taiwan, with Navy admirals Philip Davidson and John Aquilino warning this spring that China may invade the island this decade, while Joint Chiefs Chairman Mark Milley has said that the PRC does not have the resources, and more importantly, the motivation, to try to seize the island anytime in the near future.

Taiwan and China severed ties in 1949, in the immediate aftermath of the Chinese Civil War, when Mao Zedong’s communist forces defeated the Kuomintang nationalists. Beijing and Taipei proceeded to improve economic and informal diplomatic ties in the 1980s and 1990s, with a view of eventual peaceful reunification along the ‘One China – Two Systems’ model applied in Hong Kong. In a twist of irony, while the Kuomintang, which fought the communists in a brutal civil war spanning three decades now favours reunification, Taiwan’s current ruling party – the centre-liberal left Democratic Progressives, are opposed to such a scenario.