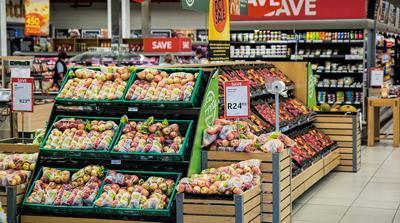 Rising world food prices for producers are making headlines and causing concerns among the public. The most recent data show a moderation in consumer food price inflation globally, but as we explain below, that could change in the coming months. This would only add to the high prices that consumers in many countries already lived through last year.

If prices eventually rise again, there will likely be sizeable differences between countries. Due to various factors, it is probable that the effect would be felt most by consumers in emerging markets and developing economies still wrestling with the effects of the pandemic.

The increase in consumer food price inflation predates the pandemic. In the summer of 2018, China was hit by an outbreak of African swine fever, wiping out much of China’s hog herd, which represents more than 50 percent of the world’s hogs. This sent pork prices in China to an all-time high by mid-2019 creating a ripple effect on the prices of pork and other animal proteins in many regions around the world. This was compounded by the introduction of Chinese import tariffs on US pork and soybeans during the US-China trade dispute.

At the start of the pandemic, food supply chain disruptions, a shift from food services (such as dining out) towards retail grocery, and consumer stockpiling (coupled with a sharp appreciation of the US dollar) pushed up consumer food price indices in many countries—with consumer food inflation peaking in April 2020—even though producer prices of primary commodities, including food and energy, were declining sharply as demand for primary food commodities was disrupted. By early summer 2020, however, various consumer food prices had moderated, pushing down consumer food inflation in many countries.

So while food prices at your grocery store (i.e., consumer food prices) may have increased, it is an exaggeration to say that they are currently rising at their fastest pace in years. They are also not currently contributing to headline inflation, though they may do so later this year and in 2022 (see the outlook below). Producer prices, on the other hand, have recently soared (see fact #4). But it takes at least 6-12 months before consumer prices reflect changes in producer prices. Also, on average, the pass-through from producer to consumer prices is only about 20 percent. This is because consumer food prices include the shipping costs of primary food commodities, the processing, marketing and packaging of food, and final distribution costs such as transport costs.

The last two facts will help us understand what to expect for consumer food prices.

Ocean freight rates as measured by the Baltic Dry Index (a measure of shipping costs) have increased around 2-3 times in the last 12 months while higher gasoline prices and truck driver shortages in some regions are pushing up the cost of road transport services. Higher transport costs will eventually increase consumer food inflation.

From their trough in April 2020, international food (producer) prices have increased by 47.2 percent attaining their highest (real) levels on May 2021 since 2014 (highest level ever in current dollar terms).  Between May 2020 and May 2021, soybean and corn prices increased by more than 86 and 111 percent, respectively.

There are three main factors behind the recent rally in producer prices: (1) Demand for staples for both human consumption and animal feed has remained high, especially from China, as countries have stockpiled food reserves due to pandemic-related worries about food security. (2) The recent 2020-2021 La Niña episode—a global weather event occurring every few years—has led to dry weather in key food exporting countries, including Argentina, Brazil, Russia, Ukraine, and the United States. This has caused, in some cases, harvests and harvest outlooks to fall short of expectations. As demand has outpaced supply, US and world stocks-to-use ratios—a measure of market tightness—reached multi-year lows for some staples. (3) Strong demand for biofuels increased speculative demand by non-commercial traders, and export restrictions are additional factors supporting world producer prices.

Based on the four facts presented, it is plausible that consumer food price inflation will pick up again in the remainder of 2021 and 2022. Indeed, the recent sharp increase in international food prices has already slowly started to feed into domestic consumer prices in some regions as retailers, unable to absorb the rising costs, are passing on the increases to consumers. More is likely to come, however, since international food prices are expected to increase by about 25 percent in 2021 from 2020, stabilizing in 2021. A pass-through of 20 percent (13 percent in the first year and 7 percent in the second) would, thus, imply an increase in consumer food price inflation of about 3.2 percentage points and 1.75 percentage points on average in 2021 and 2022, respectively. An additional 1 percentage point to the 2021 global consumer food inflation could be added by the higher freight rates.

The impact, however, will vary by country. Consumers in emerging markets could experience even higher increases due to the higher dependency on food imports (e.g. countries in sub-Saharan Africa and the Middle East and North Africa). The pass-through from producer prices to consumer prices also tends to be larger for emerging markets. For low-income countries struggling from the pandemic, the effects of further food inflation could be dire and risk a backslide in efforts to eliminate hunger.

Emerging markets and low-income countries are also more vulnerable to food price shocks because consumers in these countries typically spend a relatively large proportion of their income on food. Finally, for emerging markets and developing economies an additional risk factor is the currency depreciation against the US dollar—possibly due to falling export and tourism revenues and net capital outflows. Since most food commodities are traded in US dollars, countries with weaker currencies have seen their food import bill increase. 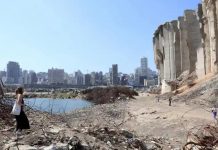 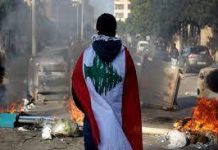